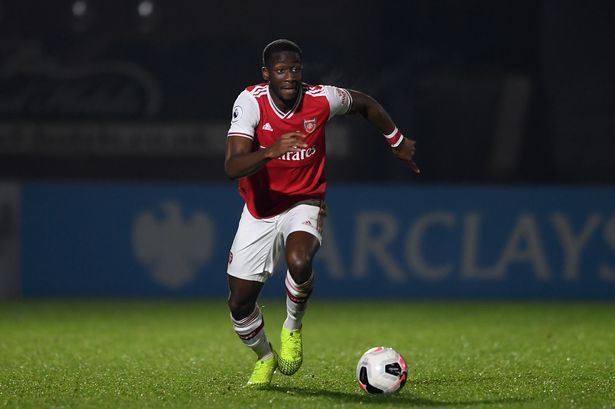 Joseph Oluwu has agreed a deal to join Wealdstone FC on loan until the end of the season, with his Arsenal contract expiring in the summer.

The 21 year-old spent the last 11 months on loan with Cork City FC in Ireland, where he picked up 16 first-team appearances before returning at the end of their season in November.

Oluwu then enjoyed just three outings in the Arsenal Under-23 side on his return, but is now set to join the lower-league side, as reported by AllNigeriaSoccer.

With the player’s exit set to be completed without a new contract arranged beforehand, it appears unlikely that Oluwu is in line for a contract extension, and it looks extremely unlikely that he will don our famous red & white again.

Fellow defenders Sead Kolasinac, Sokratis and Shkodran Mustafi have also left the club this month as Arsenal look to trim their wage budget, although you would imagine that Oluwu would have been earning much less than the above.

Could Oluwu still persuade Arsenal to offer him a new deal with his performances in the National League side, or is that move proof that he has too much ground to make up to the first-team? Is the National League a step up or down from the Irish league?