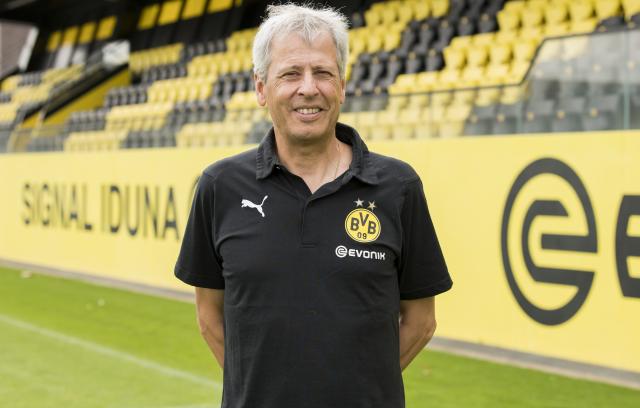 Lucien Favre may manage a top German club but he is not a prolific winner.

Borussia Dortmund coach Lucien Favre has been a bit of a journeyman manager with Dortmund being his ninth appointment.

Managing one of the top clubs in the Bundesliga has pushed his name into the limelight, especially when you consider what the previous two managers, Jurgen Klopp and Thomas Tuchel have gone on to achieve.

Favre is an attack-minded manager and sets his teams up to play free-flowing football.

He also showed he can manage volatile players, a classic example being how he handled Mario Balotelli at Nice.

Under his watch, Jadon Sancho has become one of the most valuable players in the world despite making no appearances for the Manchester City first team before moving to Germany.

Lucien Favre has over the years innovated and improved the teams that he has managed and that is the sort of coach Arsenal would probably be looking for as a replacement for Unai emery.

Favre has never managed in England. Although he has enjoyed some degree of success in his managerial career, the 2019 German Super Cup is the only major competition he has won and at 62, he is getting no younger.

The lack of silverware on his CV really is glaring and why would Arsenal employ someone of his age with almost no record of winning trophies.

Favre’s Dortmund threw away a nine-point lead over Bayern Munich last season, similar to the collapse that Emery experienced last season with Arsenal. Do the Gunners really want another manager that has overseen a collapse?

This is the seventeenth in a series of articles that I will be doing and all words are my own perception and opinion.