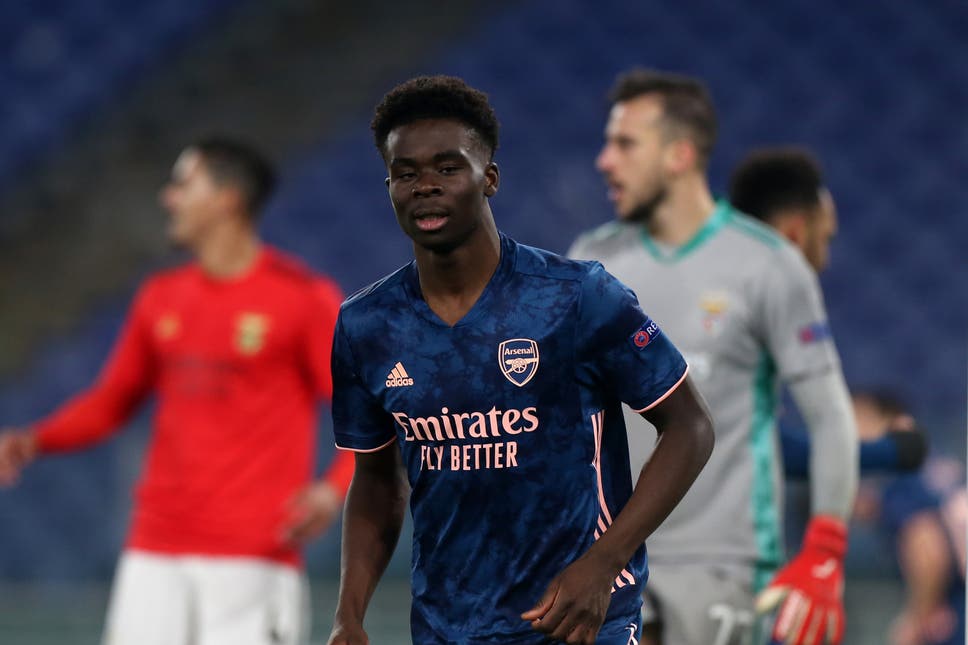 Benfica and Arsenal played out a 1-1 draw in Rome tonight, but it we will be gutted not to have secured the win.

The Gunners opted to start with an unchanged line-up from the one that started against Leeds, and fans were certainly excited to see the teamsheets.

While the team looked setup to play positively, what followed was a chess-match. For much of the opening 30 minutes there was very little risks being taken, but our team started to get the better of the tactical battle.

Arsenal should have taken the lead in fact. Hector Bellerin found himself in the perfect spot alongside the penalty box, and slots it perfectly into the path of Pierre-Emerick Aubameyang right in front of goal, only for him to put his effort wide.

We ended up going into the break level in the end, and there could be little complaint after the tepid watch we had all endured, as it certainly wasn’t the greatest watch for the neutrals I can assure you.

Things did start to pick up in the second-half however, Arsenal were being much more effective on the ball, and were managing to get more and more spells in the final third, but we just seemed to be missing that final ball.

Then we were rocked. Benfica had a rare splurge at the other end, and Emile Smith Rowe blocks a cross from by the goal line, but his arm is raised and is immediately penalised with a penalty decision, a correct decision I might add…

Pizzi made no mistake in placing his effort low, and Bernd Leno was too slow to react and get down, although it didn’t appear to be the best penalty we’ve ever seen…

Thankfully we didn’t have much time to wallow in our wastefulness as our boys pulled it back inside two minutes.

Martin Odegaard played his ball in perfectly to Bukayo Saka inside the box to level things, and we now looked set to build on it.

We found ourselves in on goal again with around 20 minutes left to play, when Aubameyang’s run saw him break into the box, but he opts to try and pull it back instead of shoot to try and lose the back peddling defender, but he loses possession…

I’m not quite sure how this is the same Auba who we witnessed bury every given opportunity on Sunday, as I believe it was actually three clearcut chances that he squandered.

The win wasn’t to be in the end, and the 1-1 scoreline leaves the tie very much in the air, but that away goal could prove vital when we meet again in Athens.

Aubameyang’s Gabon at the bottom of the table after another defeat and other Arsenal international updates
11 October 2021, 20:45