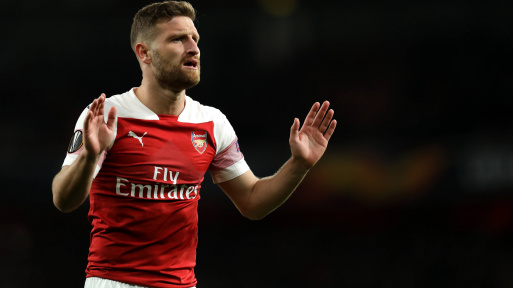 £35Million star hoping to walk away from Arsenal for free

Shkodran Mustafi is hoping he can be walk away from his contract in the way that Sokratis was this month, with Arsenal granting him just 44 minutes of Premier League action this term.

The Gunners are slimming their squad down at present, with both Mesut Ozil and Sokratis having been allowed to leave. The former has joined up with Fenerbahce, while the Greek defender is currently on the lookout for a new club.

Mustafi is the latest player to want out however, although unlike the two above, he has actually played for the club this season, and is registered to play for the team in the Europa League and Premier League.

Gazetta.It states that he is in want of a similar exit however, and should he be granted his wish, he could well be set on his way to join Lazio in Italy.

The defender is well accustomed to Serie A having spent two years in the top division of Italy with Sampdoria previously, as well as a half-season in Serie B.

Despite arriving for a hefty fee, with the BBC reporting that he cost in excess of £35 Million, he has found minutes tough to come by in recent months. He has fallen down the pecking order this term despite being amongst the most-improved players in Arteta’s early days in charge.

He currently trails the likes of Rob Holding, Pablo Mari, David Luiz and Gabriel Magalhaes for minutes, while Calum Chambers could also be ahead of him, and you wouldn’t begrudge him an exit.

Should Arsenal allow Mustafi to leave for free?