A scrappy win at Brighton but great for Arsenal’s confidence

After surprising everyone by beating Chelsea at the weekend, we just needed to see Arsenal grind out a result at Brighton to cement our new positive attitude.

It wasn’t pretty and we looked very disjointed in the first half, but luckily Arteta replaced the tiring Gabriel Martinelli with Alexandre Lacazette in the 65th minute, and the Frenchman scored the only goal of the game 21 seconds after coming on the pitch.

It was never going to be easy on a cold, wet Tuesday at Brighton, and the Seagulls were just as keen to get something out of the game, but we at last overcame the Brighton hoodoo and ended with 3 points more than last year. 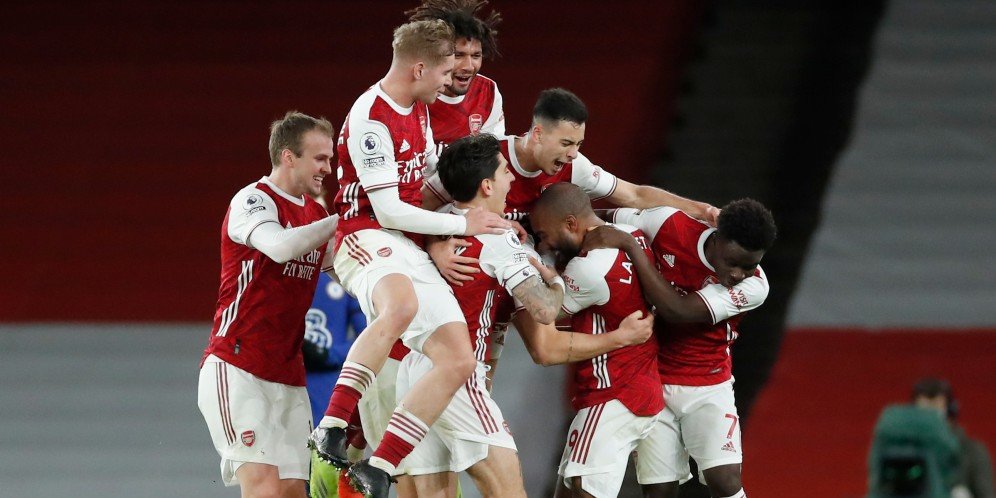 It was a bit flat at half-time, but once Arteta changed things around a little after the break we were much improved. Arteta told Arsenal.com: “We had two issues in the first half. First of all, the balls that we gave away were simple balls in our own half when we were open and under no real pressure. That’s where they generated one or two half-chances.

“The second one was the way we attacked against that block. We weren’t efficient enough, we didn’t have purpose and we didn’t have the right intentions with the players around the ball, the movement and situations we wanted to create. We talked about it and straight away we were much better.”

The lads certainly did enough for me, and hopefully we can look forward to a bright 2021. starting with Big Sam’s West Brom on Saturday night.

The boss was also asked if these two wins on the trot will change the atmosphere in the dressing room, and he continued: “Absolutely, especially in this Christmas period as well. We know how much we needed the wins. We had a really tough week and it wasn’t that much about our performances, it was about our results, but you need the results to establish that confidence, and now with two wins, I think everyone is in a much better mood.

“We have managed through this period to maintain our team spirit and cohesion, and sometimes that isn’t easy to do because obviously the frustration that comes out with defeat is normally an effect on the team, so hopefully now we can go on a run of games and be even more positive.”

Surely we will be very positive about our next game on Saturday night, with the Baggies getting hammered by Leeds yesterday. Can we make it three in a row??