Arsenal have had a remarkable reversal of fortunes since Christmas Day, and are now unbeaten in the League for seven games, winning five of them. Yes we are still in tenth position in the table, but we are getting closer and closer to the European places, and if we can keep our run going then we can only keep going higher.

And, as Mikel Arteta has pointed out, every week we are seeing some very strange results meaning that the gap to the top is nowhere near as big as it would have been in just about any other season.

Arteta was asked by Goal if he thought that the Gunners could still be in contention for a place in Europe, and he replied: “I think it’s too early [to be ruled in or out] because there are a lot of points, you have to be consistent.

“You don’t just depend on yourselves so let’s stick to what we can do, what we can do better and the better we do that the bigger chance at the end of the season there will be to fight for that.

“There are things that are not really in our control at the moment, but many of them are and that’s the things that we have to do as well as possible. 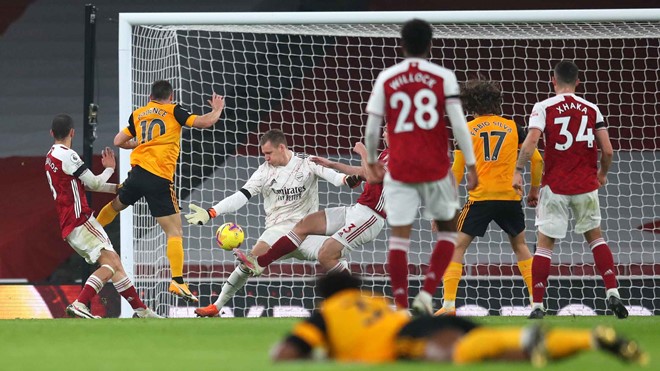 “You see the results every weekend and you go: ‘Wow, very surprised’. And most of the time it’s not one or two, it’s more than that.

“It tells you how difficult the season has been for everybody and how much things can change.

“Look for example at Man City, where they were two-and-a-half months ago and where they are right now and you cannot believe it, but that’s the reality in this league.

“I think it’s the case of the competition in this league and the amount of mistakes that we make for ourselves in crucial moments of games that leads to the team losing those games.

“The moment we corrected that we were much stronger. I think confidence is a big factor and if you’re losing games and cannot explain why then players tend to have bad fears sometimes, or not be that convinced that they can actually win every single game.

“But when you get into a good run of form then it’s completely the opposite and it’s what is happening at the moment.”

We certainly have a very winnable game tonight at Wolves, who were excellent last season, but are on the opposite type of run to Arsenal, having not won one of their last seven League games. There confidence must be at a record low, while ours is soairing.

We are definitely hot favourites on paper, but I can’t forget that Wolves beat us 2-1 at the Emirates at the end of November. Things have changed immensely since then, but as Arteta just remarked, anything could happen in any game this season…

Is it possible we could really end up in the Top Four? Or at least in the Top Six?