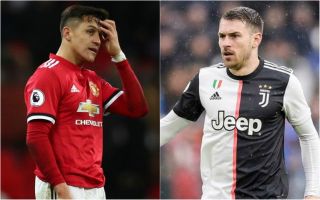 Aaron Ramsey joins the list of big names to flop since leaving Arsenal.

As Arsenal fans, we’ve had to grow used to losing our best players to bigger clubs at times. Many of our heroes have left at the peak of their powers, sometimes for Europe’s giants, and sometimes for our greatest Premier League rivals.

Most painfully, the likes of Cesc Fabregas, Robin van Persie and Ashley Cole went on to enjoy great success elsewhere that they weren’t getting at Arsenal.

However, many have also learned that the grass isn’t always greener away from our great club, and we’ve picked out six who have struggled and may regret turning their back on us when they did…

The latest name to join this club is surely Aaron Ramsey, who left at the end of his contract last season to seal a free transfer to Juventus.

Needless to say, the Welshman has not had the impact he would have hoped for at his new club, making only six starts in Serie A all season and now already being linked with a possible speedy exit this summer.

The print edition of Tuttosport, as reported by Calciomercato, cast doubt over Ramsey’s Juve future, and some Gooners have already started calling for his return to the Emirates Stadium!

One of the most hilarious flops of recent times at Manchester United, Alexis Sanchez just hasn’t looked the same player since deciding he was too good for Arsenal in January 2018.

The Chilean managed just three goals in 32 Premier League games for United before being farmed out on loan to Inter Milan this season, where he’s also struggling.

Imagine Man Utd fans’ excitement when they first signed Sanchez, and contrast it to now when it looks like their club will struggle to even find a buyer for him!

A somewhat sad story of a talented player who got a bit ahead of himself after one truly outstanding season for us in 2007/08, Alex Hleb made the big move to Barcelona that summer.

The classy playmaker, however, was behind some much better players at the Nou Camp and barely got a look-in there.

He later admitted he regretted leaving Arsenal, telling the Guardian: “Of course I regret leaving Arsenal. I was playing every week for one of the most exciting sides in Europe, a team which was always in the top four in the Premier League and were Champions League contenders.

“Also, I was being guided by one of the best coaches in the world in Arsene Wenger. I owe him a great deal. I developed a better all-round game under him and I became more robust physically, learnt to look up more and play better passes and generally improved greatly as a team player. No player ever gets worse under Wenger. For me, leaving Arsenal was not a good move.”

Like Hleb, Alex Song also got a bit big for his boots after his finest season in an Arsenal shirt in 2011/12, leaving for Barcelona that summer.

And again, much like Hleb, the Cameroonian simply found himself behind far too many world class midfielders who were on the books at the Catalan giants at the time, begging the question: what did he think was going to happen?

It’s certainly a shame Song made this decision when he did, as he looked on the path to becoming a fine player for Arsenal, only to end up out on loan at West Ham and seeing his career totally fade in recent years.

There’s a pattern here, isn’t there? Barcelona sign so many players from us that, along with the hits like Thierry Henry and Cesc Fabregas, there are always bound to be a fair few misses as well.

Like Hleb and Song, Thomas Vermaelen proved another poor purchase for Barca, with the Belgian already looking in decline in his final season with us as injuries started to take their toll.

Vermaelen barely made an impact in his five years at the Nou Camp, featuring in only 34 La Liga games, and is now playing with Japanese side Vissel Kobe.

Like Ramsey, Bacary Sagna left Arsenal as a free agent and looked like he’d have plenty of offers from elite European clubs.

Unfortunately, Sagna ended up at Manchester City in a time when they were going through something of a transitional period, and he simply didn’t live up to expectations there, failing to lift the club to bigger and better things.