Arsene Wenger has admitted that he is going to fortify Arsenal’s defensive capabilities in January and according to Marcelo Brozović’s agent, the young Dinamo Zagreb midfielder will be holding talks with the Gunners next month.

Brozovic may not be a household name but he is now a regular in the Croatian national side alongside Real Madrid’s Luka Modric and Barcelona’s Ivan Rakitic, and at just 21 years of age, certainly has the potential to become one of his country’s greats. He has been a part of Croatia’s’s international setup from the U18 upwards and is certainly expected to move onto a bigger and better club than Zagreb in the near future.

Croatia are set to play in London next month and Brozovic’s agent Miroslav Bicanic has told the Star that he has contacted Arsenal regarding a move. “Croatia plays USA in November in London and during our stay there we will hold meetings and negotiate with several English teams.” Bicanic said. “Yes, I can confirm Arsenal are one of them.”

One must assume that Arsenal’s scouts know more about him than we do, and possibly Wenger thinks he could develop into the holding midfielder we desperately need but surely we need a fully developed Premiership-ready star to take that role immediately?

The report also says that Arsenal have already made a bid of £6.4m for the Croatian, but I personally don’t think this is the kind of player that we need right now, although economically perhaps Wenger considers him as an investment for the future that may rise in value…… 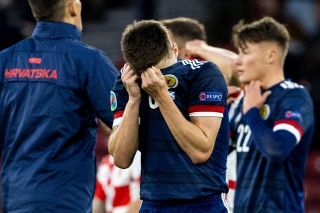