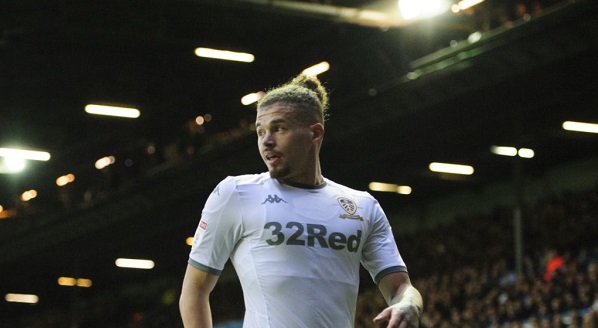 Arsenal recently received a major boost in their bid to sign Kalvin Phillips from Leeds United after it was revealed that the midfielder has a £20 million release clause written into his current deal with the promotion chasers.

The midfielder has been in fine form for the Elland Road outfit and he was close to joining a top side in the last two transfer windows, but the club has managed to hang on to one of their most-prized assets.

It was recently reported that Kalvin Phillips can join any of his suitors who can pay £20 million for his service, but that has appeared to be untrue with his agent taking to social media to rubbish the reports.

Not true,and certainly no one knows any detailed clauses within any of my players contracts.

Phillips is one of Marcelo Bielsa’s most important players but the club knows that if the team fails to earn promotion to the Premier League at the end of this season it would be difficult to keep hold of him and others.

According to the Sun, the likes of Wolves are also interested in the 24-year old and have attempted to lure him to Molineaux over the last three transfer windows including a bid of £30 million, which was rebuffed.

Seems that if Arsenal does want to sign Phillips, they will have to cough up a significant amount of money and I personally do not think he is worth over £30 Million, I mean, Chelsea got Hakim Ziyech for £38 million.