Arsenal has been informed of how much it would cost them to land Ajax defender, Nicolas Tagliafico, reports the Telegraph.

The Gunners are one of two English teams serious about landing the impressive Argentinean.

The left-back only joined Ajax in the summer of 2018 and he was part of the impressive side that reached the semi-final of the Champions League last season.

He has continued to impress for the Dutch side and his agent recently made it clear that they have an agreement with Ajax for him to leave this summer if an offer arrives.

Chelsea wants the defender as an alternative to Leicester City’s Ben Chilwell and they will be happy to learn of his value.

The Telegraph claims that Ajax would accept a £22.4m fee for his signature in the summer, a fee that should be affordable to the Blues but Arsenal might want to renegotiate it.

The Gunners have a very limited transfer budget for this summer and Mikel Arteta would no doubt look to spend the funds on important positions.

The Gunners already have at least three players who can play as a left-back, although they might sell Sead Kolasinac this summer.

Arteta could feel that it doesn’t make too much sense for him to spend that amount on a new left-back when they just signed one in the summer. 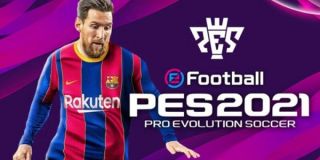