Alexis Sanchez drops massive hint on move to Chelsea.. or even Tottenham? 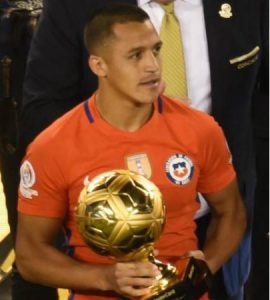 Apparently while on international duty with the Chile team, Alexis said: “I am happy in London and hope to finish my contract there.

“I’d like to stay in the city but with a team that is winning things, that has a winning mentality.

“I’m 28 years old, I still have a lot of years ahead of me. I am a player who looks after himself.”

So I wonder if that quote is quite right, considering it is a translation from Chilean. I doubt very much if Arsenal would force him to ride out his contract next season and let him go to Chelsea for free the following summer, and I would have thought it more likely that he said he wanted to finish his career in London.

Is it possible that Arsenal would let him run down his contract? Or are they more likely to squeeze as much as possible out of the buying club?