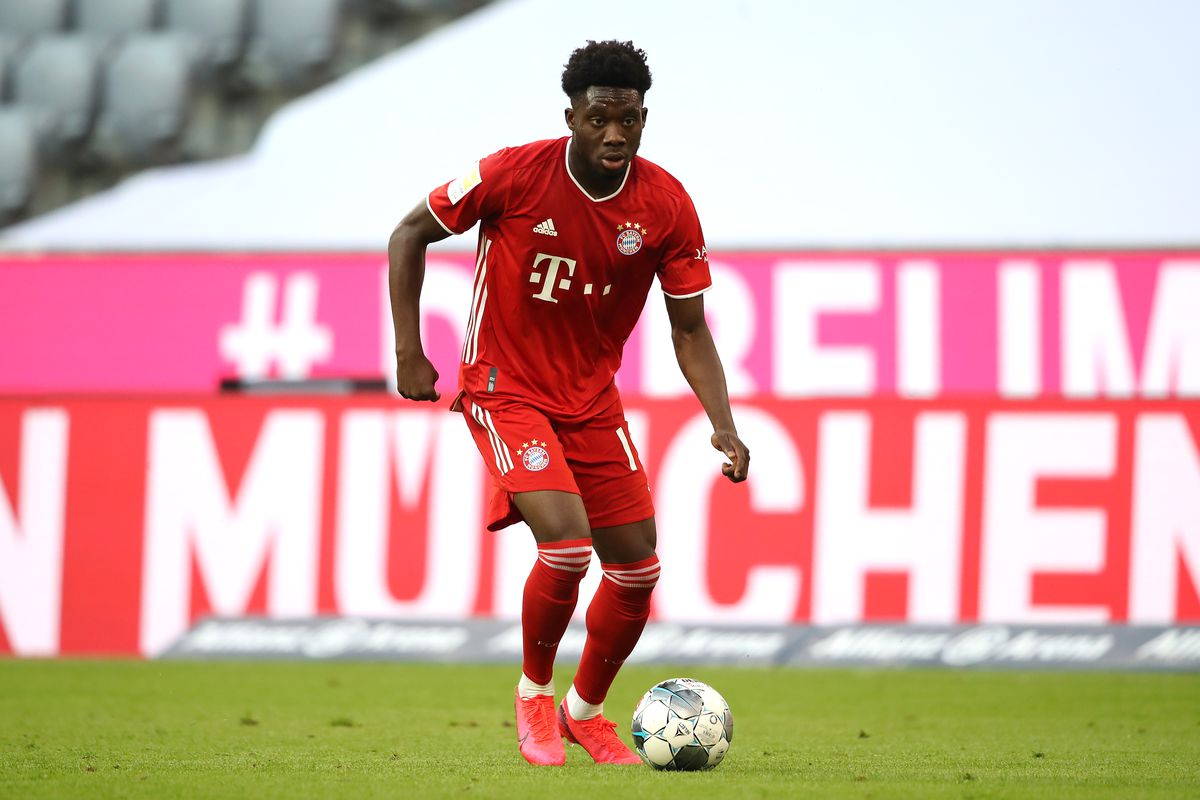 Bayern Munich’s impressive youngster Alphonso Davies has named his top-five full-backs at present, and has named Arsenal’s Bukayo Saka amongst them.

The 18 year-old may not relish the compliment, having confirmed his belief that he is a winger on more than one occasion, but he cannot argue that he thoroughly impressed when being fielded as a left-back or at left wing-back.

Kieran Tierney is the club’s first-choice left-back currently, and he is also held in high regard, but the Scottish defender gets no mention in Davies shortlist, while Saka is surprisingly listed despite continually labelling himself as a winger.

‘[Achraf] Hakimi is one of them,’ he told 90min. ‘I really like how Benji [Pavard] plays, scoring goals and getting assists, so those two.

‘Trent Alexander-Arnold definitely and I really like [Bukayo] Saka from Arsenal. He’s a really good player.’

The ‘top-five’ was partly limited down to four players, with the likes of Tierney joined by fellow Scottish international Andrew Robertson, which highlights just how much praise it is for Saka to get a mention, especially when he picks himself as the fifth name.

When queried on the final pick of the five, the Canadian added: ‘And me too!’

Saka has since played in varying roles for our side, impressing as a central midfielder in a flat midfield three, as wing-back in a 3-4-3 system, as well being used on the right wing also.

I wouldn’t rule out a change in formation going into the new season, once Mikel Arteta has had time to make some key personnel changes, and it remains to be seen which role Saka will get the nod in next term, but luckily for him, he has proven that no matter what job is asked of him, he can step up and learn to play a number of roles.

Does Saka deserve to be listed as a full-back? Is it a positive for a player to be able to play in a number of roles or would it be better for him to perfect his style of play in one position?