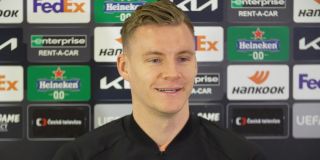 Am I alone in being shocked by Leno’s exit comments? (Opinion)

Bernd Leno told reporters that he was open to a new challenge away from Arsenal Football club when talking to reporters on Wednesday, and I can’t deny that I’m shocked by the audacity of it.

Our club showed our loyalty to the German in the summer by choosing to offload Emi Martinez, and Leno has since failed to live up to that.

Leno’s performances have left a number of pundits and fans to believe that the club made the wrong decision on which goalkeeper should be Arsenal’s number one, and now the 29 year-old is publicly claiming he is open to leaving?

He said on Wednesday in the pre-match press conference (via Arsenal.com): “I know that I still have two years left on my contract and I’m also 29. For a goalkeeper, that’s not too old. I’ve still got some years to go.

“I’m very happy at the club. I don’t know what will come in the future, but I’m open to everything. Maybe for a new adventure or to stay at Arsenal. Like I said, I don’t think about my future because two years is a long time. At the moment there are no conversations with the club or anything else.

I’m furious that he has had the audacity to tell a press conference that he is open to leaving the club, whether that is to try and gain an advantage in talks over a new deal or not.

Leno has so far failed to pay back the loyalty shown to him, and following his comments, I sincerely hope that the club do move to bring in a new replacement in his place.

Am I alone in believing he should feel indebted to us for our actions last summer?