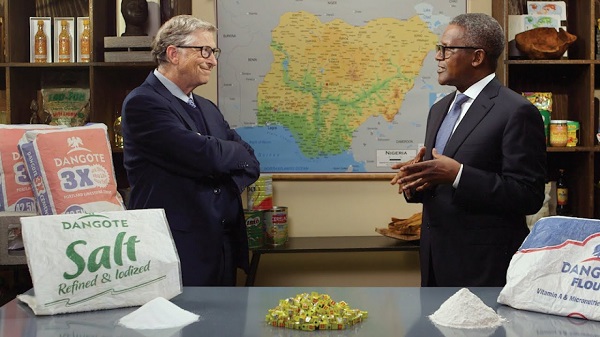 An African’s opinion on Dangote buying Arsenal? He should put up or shut up

Aliko Dangote should just stop talking until he is ready to buy Arsenal. by Lagos Gooner

As a Nigerian, I would be happy if Dangote finally buys Arsenal but knowing how we believe more in words than action in Nigeria, I don’t believe the richest man in Africa is ready or even planning to buy Arsenal. Dangote should please stop raising the hopes of Arsenal fans that seriously want Kroenke out and just do what he has to do!

Just yesterday, it was all over the internet that Dangote said he was going to take over Arsenal in 2021. I read this story on a lot of sport websites, but just because I won’t have time and space to quote them all, I will like to quote what the Daily mail wrote concerning this latest development.

“The richest man in Africa, Aliko Dangote, has revealed his plans to buy Arsenal in 2021, with the billionaire Gunners fan determined to oust absentee owner Stan Kroenke. The Nigerian boasts a net worth of more than £8.5billion and made his fortune after founding Dangote Cement, Africa’s largest cement producer – with the 62-year-old also owning stakes in publicly-traded salt, sugar and flour manufacturing companies. He had promised a takeover bid in 2020, but with his Dangote Refinery – set to be one of the world’s largest oil refineries – still in construction, he has moved the date back.”

For the past five years, Aliko Dangote has never hidden his desire to buy Arsenal. In fact, every year, he seems to say things to make people believe he was really serious about buying Arsenal. However, my annoyance with him is that he keeps saying he was not yet ready to buy the club until he had completed his $20billion worth of projects!

‘It is a team that yes I would like to buy some day, but what I keep saying is we have $20billion worth of projects and that’s what I really want to concentrate on,’ Dangote told the David Rubenstein Show. ‘I’m trying to finish building the company and then after we finish, maybe some time in 2021 we can.

Mr Dangote, please stop saying you will buy Arsenal when you are not really ready to buy Arsenal. I know you are a successful business with a lot of money but what we need at Arsenal right now, is a man who is ready to take up the reins at Arsenal and turn things around. Stop promising us and whetting our appetite please.

A lot of Arsenal fans would welcome a change in ownership at Arsenal; every Arsenal fan has given up on the current owners, but until you are really ready to buy Arsenal, please stop saying you will buy Arsenal. You have been teasing us the fans since 2015 and we have had enough. Show us some action please, will you?