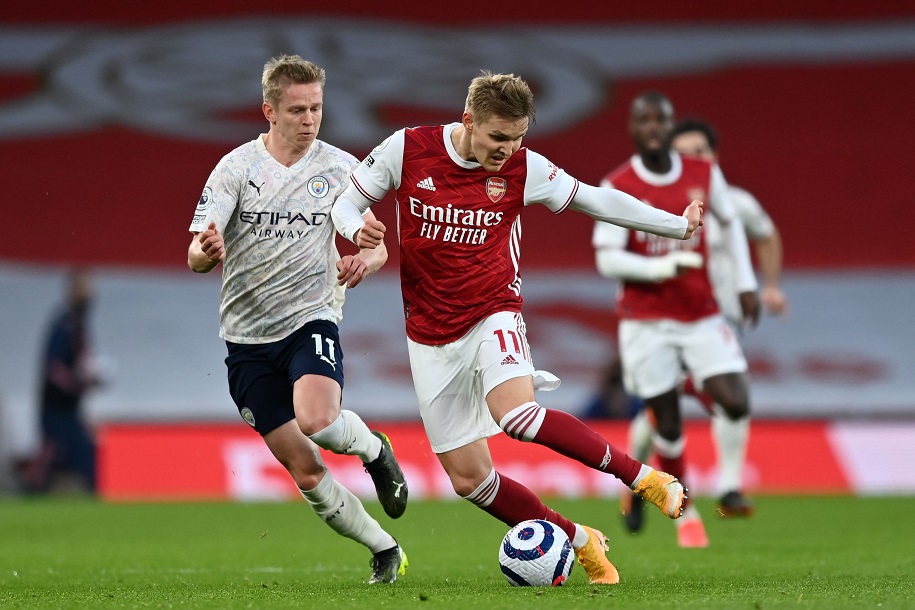 Arsenal Need to be Faster in Possession. by AI

Two of the teams who had some of the slowest, most patient buildup in the league last season were Brighton and Arsenal according to StatsBomb data. Both teams suffered issues with finishing. Why?

The primary explainer is that by the time you get into the opposition’s final-third, you are operating against a settled defense with lots of bodies in the way. Brighton, for instance, when they took their shots, had the most number of defenders in the way in all of the league.

Of course, this opposition defenders per shot stat is not necessarily bad. It can imply utter domination from a team. However, it can also imply struggling to create high-quality chances with little defenders in the way. The problem with that narrative is that Arsenal and Brighton both managed to create some of the highest xG per shot in the league. Arsenal, especially, created extremely high quality chances, just not many of them. It now looks like a pickle. Is the slow build-up responsible for both the quality of shots and the lack of volume in creating these same shots?

Let me put it this way: both Arsenal and Brighton are operating with managers who prefer possessive positional football but work in one circumstance or the other with relatively limited players for that kind of football. Critics may be quick to point out that Arsenal should be doing better than Brighton at possession play and not be their equal, given the disparity in resources between both teams. However, Graham Potter has been the coach of Brighton for 3 years and closer to his vision than Mikel Arteta is, a gap which is more accentuated by the 2 seasons Arsenal spent losing all their creative midfielders for free, cheap or to age and injuries under Unai Emery. To illustrate the point, Arsenal just bought a ballplaying defender for 50M from said Brighton.

Moving the ball on the ground from the back to the opposition 3rd quicker will be a necessity for Arteta’s Arsenal this season. It means that you can spend more time camping in the opposition territory instead of trying to get there and also less time for them to settle.

Arteta’s compact, possession scheme is good enough to challenge for the league on paper. However, it must be improved by the addition of better individuals who are suited to this pattern of play. Better individuals also translate into the ability to take more risks.

Arsenal, have, at times last season, employed an extremely dominant 3-1-6 in possession. But they have only used it when looking for a goal and are forced to take the risk, like in the 3-3 draw against West Ham. With better players, they can play like that more often. This explains the haste with which Arsenal paid 50 million pounds for Ben White.

Arsenal also need more effectiveness, quality and volume when they get to the opposition final third. Hopefully Martin Odeegard will bring volume and quality, and those two additions should bring an improvement on the speed and effectiveness of our possession play.