Analysis – Bukayo Saka has the potential of a true, modern superstar winger

Saka was born and bred on the left. Just put him anywhere there (at leftback, left-wingback, left wing and left central midfield) and the 19 year old will display his prodigious creative qualities on and off the ball. Saka on the left is extremely creative and he was Arsenal’s only source of magic for many weeks there. However, in recent weeks, Saka has been moved to the right wing and we have been exposed to his qualities as an inside forward.

One of the by-products of Saka’s move to the right wing is a decline of his creative influence. Asked to operate more as a forward than a creator, Saka has become more focused on final, decisive actions around the penalty box. When he drops to receive the ball, he usually pings it off a man and moves into the right halfspace expecting the ball back. That’s completely different from left-hand side Saka. On the left, he’s usually receiving on the half-turn between the lines and driving inside with the ball or combining with the striker or leftback. At other times, he drifts out wide and works himself a yard or two to put a scintillating cross in.

Saka’s weakened creative influence is not just down to the differing roles he’s asked to play but also down to familiarity. Because he’s left-footed, on the right he has to acclimatize himself with new angles and habits. He has to relearn where the spaces are. His crosses now have to go inside to the far post. His positioning has to be different. All of this means that Saka’s creativity might only be hiding momentarily as he gets familiar with the right side of the pitch. 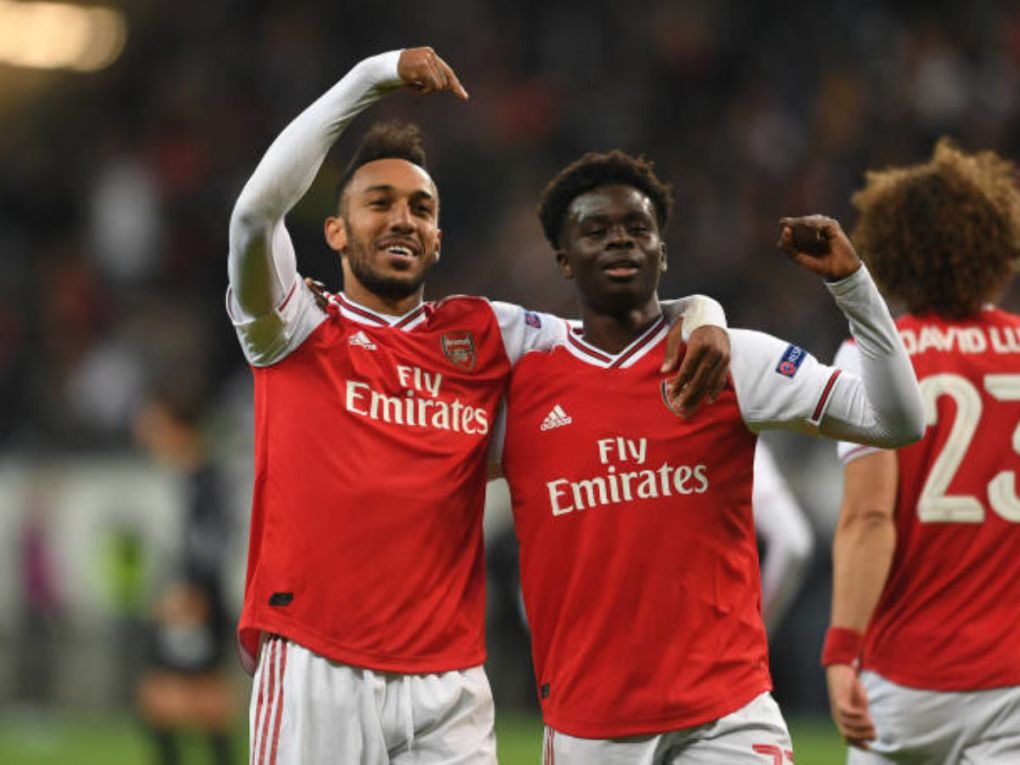 Due to his intelligence, we are already seeing the creativity returning back to his game. Against Liverpool in the Community Shield, his infield cross to Aubameyang brought the decisive goal. Against Leeds at home, he was a persistent thorn in Bielsa’s side. But his best was reserved for when we needed it most in the Europa League against Benfica. His incisive pass into the channel for Aubameyang was a new one in his locker. And then in the final minutes of the game, when we needed it most, he delivered one of those perfect inswinging crosses for Aubameyang to nod it home at the far post.

As such, the conclusion is clear already: Saka may have become a clinical inside-forward on the right, but his creative qualities are still present and will find their way out. In that sense, Bukayo Saka has the potential of a true, modern superstar winger: clinical and creative, complete in all aspects of wingplay.