TIME TO ASSESS OUR RESULTS WITH THE TOP FIVE CLUBS SINCE 2008 – THE DATE SOME FANS BELIEVE OUR DECLINE STARTED – THE SECOND CLUB TO LOOK AT IS THAT OTHER MANCHESTER CLUB – NOISY MAN UNITED:

The first thing that struck me was the complete difference as far as our results over the entire history of the three clubs, Arsenal, Man City and Man United.

Whereas we have beaten City more than any other club in top flight football, United are the team we have lost the most too.

Of course, it does portray the differences between the two Manchester clubs before the oil money changed City… and football… forever, but it is worth knowing this fact for future references. 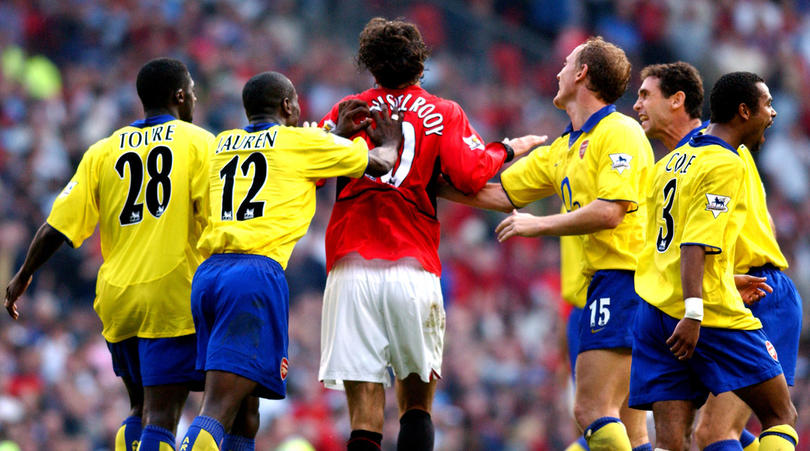 Another thing I noticed when visiting the United websites, was the boast that the club had won sixty-six trophies…. but included in that figure was the fact that they had won twenty (I thought it was seventeen?) Charity/Community Shields – something that we have debated time and time again on JustArsenal as to whether they really are “trophies”?

It seems that, for United, as they are affiliated matches, they should be included in the role of honour and, as we have won this fifteen times (seven under AW) perhaps The Arsenal should also include them in our role of honour?

From 1996 through to 2008 (same criteria used for City (except City didn’t return to the top flight until 2000) under AW, the results were remarkably even – Won 12 Lost 12 Drawn 8 and when we think that leaving Highbury, The Emirates, DD sacked and the Kroenke takeover were all sandwiched into those dates, the club were most certainly worthy of the label as one of the two top teams in England.

But it was after this date that we see the awful decline against United under AW – The Arsenal recorded this incredible set of stats:

So there can be no argument whatsoever that AW failed from 2009, during which we were humbled and humiliated on two occasions 6-0 and 8-2 (their biggest top flight victory) against United.

The media were completely correct in saying we were second best to the club we had battled head-to-head for so long, and there are many interpretations as to how/why this complete turnaround occurred.

Some say the Kroenke/Emirates influence was part of the problem, while others say the style of play that AW decided to impose was to blame, along with some very average signings and missed opportunities… I believe it was a bit of all these, but the buck stops with the manager… AW.

What has to be remembered though, is that, despite the calamitous and factual record against them, we still finished in the top four, won fa cups and proceeded to the knockout stages of the CL!!!

So was it just United and Sir Alex Ferguson who sussed AW out?

It seems that Man City didn’t, so did Chelsea, Liverpool or the spuds?

I have left this final piece of football history for those Arsenal fans who love to bring up “numerous humiliations” on a regular basis.

It took United 59 years to avenge a Tom Whittaker managed Arsenal team defeat back in 1952…. and the score then? 8-2 to The Arsenal!!!

I hope it doesn’t take us the same amount of time to repeat our own “humiliation” again, as I will be pushing up the daises by then!!!

Just as ironic, United’s biggest defeat was the 6-1 home demolition by spuds in October 2020!!!

So, one for and one against as I look at the claims made against AW and the top clubs – I hope that the other “factoids” such as the 1952 8-2 and adding the Community Shield to the list of trophies are of interest – I am sure that Chelsea and “The Special One” will be just as interesting…. to me anyway!!!!