Another Aubameyang hint emerges, maybe he really does wants to stay put

One big question surrounding Pierre-Emerick Aubameyang’s future at Arsenal ahead of the summer transfer window is “Will he or will he not stay?”

Most Arsenal fans are desperate for the club to keep hold of their top goal scorer and very few want to think about how tough life might be in the Premier League without the Gabon striker.

The Gunners have been on a contract-signing spree recently after handing new deals to the likes of Bukayo Saka and Gabriel Martinelli.

They will now look to turn their attention to securing Aubameyang’s future.

The Gabon striker has hinted that he wants to stay by claiming that the ball is in the club’s court with regards to securing his future (SkySport).

He has continued to give hints about staying and there is yet another one which might signal that he wants to remain at the club.

The club recently released pictures of their training ground attire for next season, and in what might seem to signal his intent, Aubameyang joined in the photoshoot.

The jacket worn by the striker would cost fans £70 (The Sun) and most Arsenal fans would no doubt hope that the image of Auba is a positive sign. 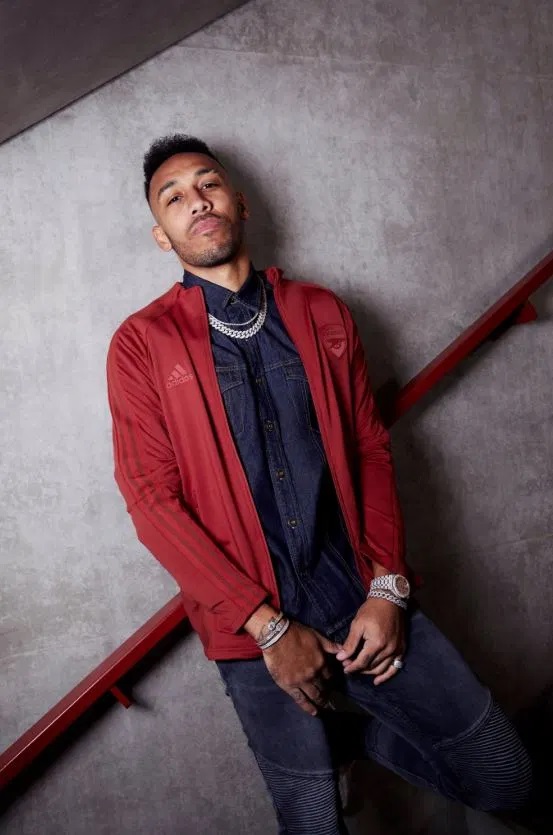