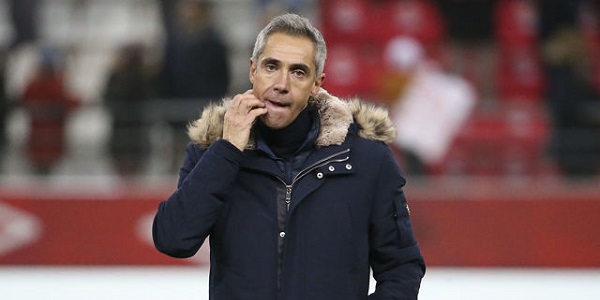 Arsenal’s search for a new permanent manager has taken them to France as they have reportedly made contact with Bordeaux manager Paulo Sousa.

The Gunners fired Unai Emery after a run of seven games without victory which ended in an embarrassing 2-1 home loss to Eintracht Frankfurt.

Freddie Ljungberg has managed to return the club to winning ways after three games in charge, but Arsenal have their eyes set on a more experienced manager.

Reports from France media giant, L’Equipe claims that the Gunners have established contact with Sousa’s representatives.

Sousa played for Portugal and a number of other teams before becoming a manager. He has managed in England before with stints at Leicester City, QPR and Swansea.

He has managed to lead Bordeaux into the French top six and was able to convince Lorent Kolscielny to leave Arsenal and join him in France this summer.

Sousa is just one of a number of managers that the Gunners are considering and the same report claims that his release clause with the French side is between 2-3 million.

Arsenal has also reportedly interviewed Marcelino, according to the Metro, who led Valencia to the Copa del Rey last season.

The list of potential candidates just seems to grow and grow and quite a few of those on that list are hardly inspiring, including Sousa.

It is clear what type of manager that Arsenal requires and hopefully, the board knows this and plump for someone with experience of winning trophies and managing a team full of egos and broken confidence.