Arsenal are supposedly on the lookout for a new back-up goalkeeper this summer, which will likely see Emiliano Martinez consider his options elsewhere.

The Argentine shot-stopper has played the majority of his football at Arsenal in the European and domestic cup competitions, picking up only six Premier League appearances in his nine years with the club.

He has enjoyed loan spells with Reading and Wolves previously in the Championship and has impressed largely when featuring for us this season, and he may well need to leave in order to gain more regular action with Bernd Leno cementing himself as our number one.

Martinez claimed in September that he was equal or better than his team-mate, but with Leno doing little wrong between the sticks it would be a tough call to consider dropping him.

Arsenal are now rumoured to be on the lookout for a new goalkeeper as our back-up, with Barcelona’s out-of-favour Neto being linked, but we are expected to face competition for his signature from Ajax or Chelsea.

The 30 year-old goalkeeper has spent much of the campaign on the bench, with Marc-Andre Ter Stegen starting all-but-one of the Catalan clubs La Liga outings.

There is unlikely to be room for both Martinez and Neto in the squad, and it may also come as a blow to Matt Macey, who has only made the two senior appearances thus far, although reports claim that he is set to be released this summer at the end of his contract.

Martinez may well be put in the shop window this summer, with only two years remaining on his current deal, but it will be a shame to lose him without giving him a fair run in the first-team.

Does Martinez deserve more regular playing time? How close to Leno is he ability-wise? 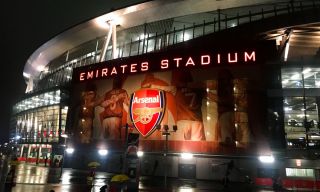 Arsenal target confirms interest but is likely to turn down offer
26 January 2022, 16:01