Are Arsenal set to move on another fringe player?

According to the DailyMail, La Liga side Atletico Madrid are interested in a loan move for Cedric Soares.

The report further suggested that they would then like to make the deal permanent in the summer.

After the departure of England international Kieran Trippier, the current La Liga champions are looking in the market for a replacement.

Cedric is a player that Diego Simeone is interested in bringing to the Spanish capital.

The Portuguese has made 36 appearances for the Gunners, scoring once and assisting four times, since making a switch in January 2020.

Arsenal are considering a loan proposal from Atletico Madrid for Cedric Soares, as first reported by @SamiMokbel81_DM.

Unclear whether #AFC will accept at this stage.

The right back has been training as normal this week and expected to play against Nottingham Forest on Sunday. pic.twitter.com/GLr7iKR0ZD

This season, however, the 30-year-old has only featured in seven games. Thus, a departure in the winter transfer window is very much on the cards.

But things have got a wee bit complicated for the London side. After allowing Ainsley Maitland-Niles to join Italian outfit Roma, Arsenal are short on numbers at the right back slot.

Calum Chambers and Cedric are currently the backups to summer signing Takehiro Tomiyasu. But both have been linked to a move away.

Chambers has just six months left on his current deal. And even though the club has an option to extend it to a further year, he does not look to be part of the club’s long-term plans.

If Mikel Arteta sanctions the sale of Cedric, they have to keep Calum Chambers as a backup.

This also makes the case of adding another right back more important come the summer. Especially an attack minded one.

Mikel Arteta’s men have to be unpredictable going forward. If they have a different option in their ranks, they will have better chances of doing just that.

It won’t be surprising if they pursue a deal for either one of them this summer.

Finding a hidden gem, just like they did with Nuno Tavares, is also something which will excite the fanbase and be more economical for the Gunners. 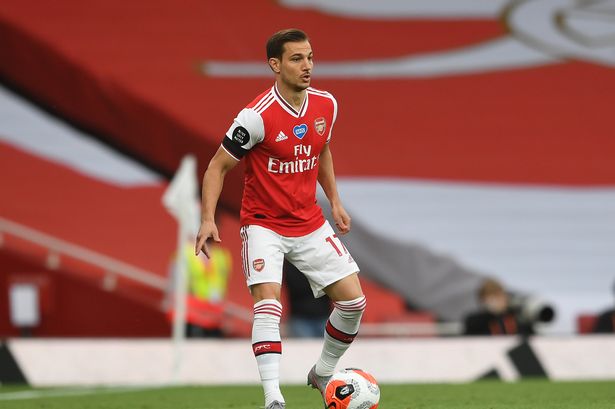