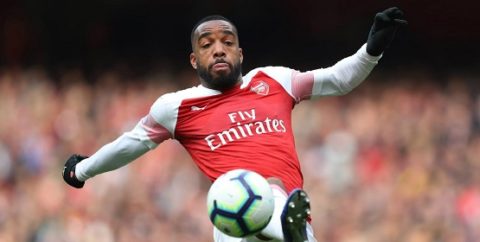 So Arsenal were hoping to carry on their good form in the International Champions Cup against Real Madrid last night, and Emery started with most of his top players against the Spanish giants. The line up for Arsenal was as follows…..

Madrid also had some top players on show in Bale, Kroos, Hazard, Benzema and Sergio Ramos, but it was the Gunners that got off to a flying start when Nacho handled a Lacazette shot after a brilliant dribble in the box after 9 minutes and got himself sent off, while Laca himself stepped up and buried the resulting penalty. 1-0 up and one man up so we should really take advantage of this situation.

Sure enough just 15 minutes later that man Aubameyang scored a belter to double our lead and we were cruising, until our favourite wrestler Sokratis somehow managed to pick up two unnecessary yellow cards in the space of three minutes to even up the sides. But we still went into the break with a comfortable 2-0 lead.

Emery brought on Monreal for Willock at the start of the second half, but after just 15 minutes Gareth Bale pulled one back for Madrid and the Spaniards were back in the game and pushing for the equalizer, which was what happened only 3 minutes through Ascensio. As the game progressed Emery brought on a young attack force to try and get the winner, with Nketiah, Saka, Nelson and Burton coming on for Lacazette, Aubameyang, Ozil and Mkhitaryan. Nketiah did have a couple of chances to put the game to bed, but it ended a a draw and off we go to the penalty shootout.

Nelson takes the first and he coolly drives it into the left-hand side of the goal past Courtois, and when Bale shot straight at Martinez we were back in prime position to take the points. I’ll let you see the rest of them in the highlights so I don’t spoil it for you….