Just a Little bit of magic does the trick!

The women were back in Super League action this weekend after they brushed aside Brighton for a place in the FA Cup final seven days ago.

And as predicted there was no let up from the team as they continued their fine form in a London derby against West Ham.

A super piece of play between Beth Mead and Kim Little got the Arsenal off to a 1-0 lead after Mead laid the ball to Little after a sublime touch to bring it down out of the air, Little then finished the job herself by driving into the box, past two players and taking a shot to put it into the far corner.

That’s how the first half ended despite the dominance from Arsenal, after West Ham started the brighter, but that didn’t last long.

Out came the women in the second half and it took Little just seven minutes to get her second of the game after West Ham got caught, playing the ball out from the back. Noelle Maritz slid the ball through to Little who hit a powerful shot past the keeper for 2-0. This woke West Ham up but they came out of that spell without a goal.

Instead, it was Arsenal who got on the scoresheet again nine minutes later as Nikita Parris superbly turned on the halfway line and drove towards the defence before she found Mead who then herself found the back of the net for 3-0.

It was 83 minutes until the next goal though as Mead crossed the ball into the box and unfortunately for her, Grace Fisk could only divert into the net for an own goal.

Arsenal were tested at the back at times and against tougher opponents they may have conceded but they held out for a 4-0 win in an important derby.

Defeat for West Ham leaves them in sixth place and contrasts the result for the men who beat Liverpool 3-2 earlier today. Arsenal remain top of the league and three points clear.

Arsenal though will be looking to keep this run going when they turn their attentions to the Champions League on Wednesday as they face Danish side HB Koge before they take on Spurs in the North London derby in the WSL on Saturday!

So, it’s a big week for Jonas Eidevall and his team and as the men are on an international break, all eyes will be on the women to get three wins in six days. 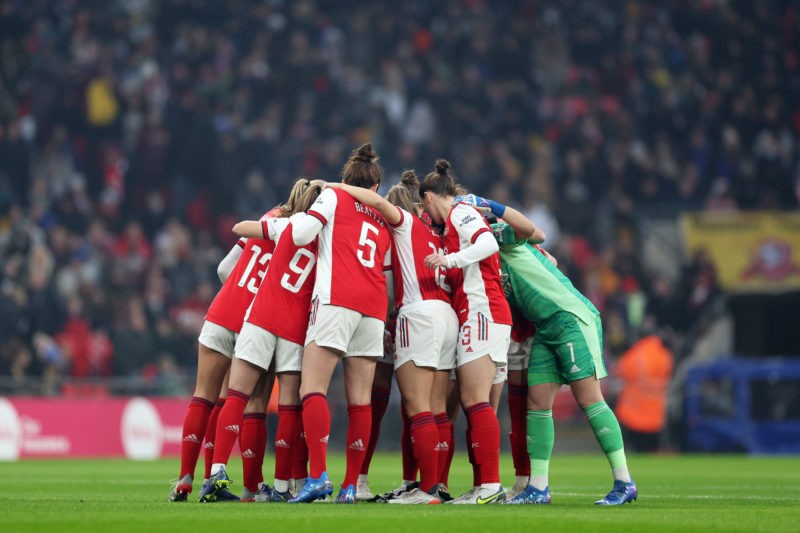