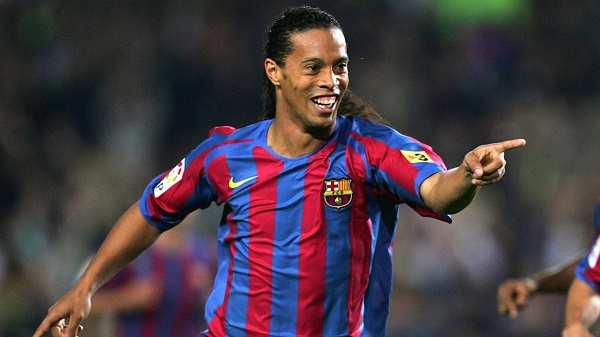 Ronaldinho heaps praise on Gabriel Martinelli as he compares youngster to Ronaldo.

Ronaldinho is full of admiration for Arsenal starlet, Gabriel Martinelli and the World Cup winner has compared the attacker to his former teammate, Ronaldo de Lima.

Martinelli joined Arsenal as an unknown quantity this season from unfancied Ituano. He wasn’t expected to be a member of the first team so quickly but he has taken his chances and now has 10 goals in 21 games for Arsenal.

He has been praised by several managers this season for his hunger and determination and Ronaldinho has become the latest to single him out for praises.

The former Barcelona man claims that Martinelli reminds him of Ronaldo.

‘We as Brazilians are very excited about him and his future. It is one thing to have the talent – but another at the age of 18 to have the confidence,’ Ronaldinho told the Mirror.

‘He reminds me of Ronaldo his first season in Europe he scored 30 goals and people were thinking: “who is this 18 year old Brazilian kid?”

‘He wanted the ball, he would run at players, there was no fear no matter what players or team he was playing against – and I see that similar attitude in Martinelli.

‘He just wants to be on the ball and score goals. Ronaldo went on to be the best player in the world – and that can also be the aim of Martinelli.’

The praise for the teenager is obviously welcomed, it is always nice to hear so many applaud him, however, as Mikel Arteta has already urged, he needs time to develop, he is not the finished article just yet and expectations need to be managed.

That said, he is something special and I am not going to argue with the assessment of a former player like Ronaldinho. You have to think he knows a world-class Brazilian when he sees one.