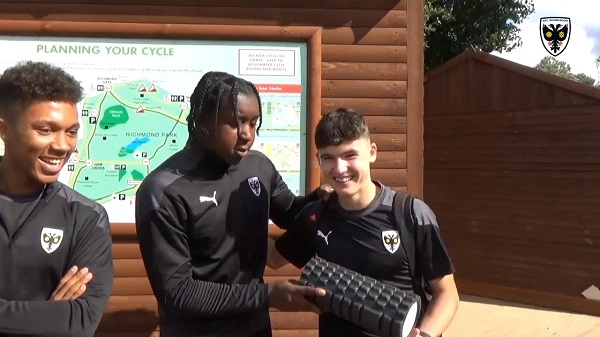 Quaine Bartley is a subject of interest from Arsenal and Chelsea, it has been revealed by TeamTalk.

The 17-year-old was on the books of Tottenham before they let him go and Wimbledon has now become his new home.

He has been impressing the coaches at his current side who believe that he is a gem, according to the report.

He hasn’t broken into the club’s first team yet, but he has been training with the senior side for some time now.

The report claims that while he is adept at playing as a number nine, he has more ability than that suggests.

His excellent feet and close control were all highlighted in the report.

Arsenal is battling Chelsea and Leeds United for his signature, but the report claims that he isn’t pushing to leave the Dons at the moment.

His goal is to break into the London side’s first team and get some competitive minutes under his belt.

Arsenal has been signing top youngsters for years and Bartley might become the next teenage star that comes through the door.