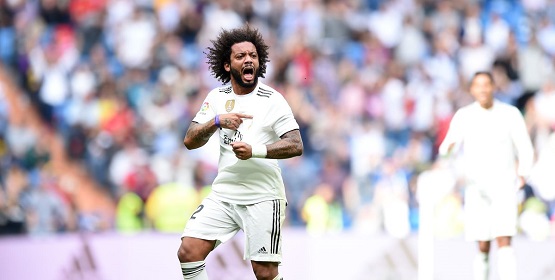 Arsenal among the clubs keen on experienced Brazilian defender

Arsenal is among a number of clubs interested in signing Real Madrid defender Marcelo, according to reports coming out of Spain.

Apparently, the 31-year-old wants to leave the Spanish giants after 13 years due to no longer being part of manager Zinedine Zidane’s plans next season.

French left-back Ferland Mendy has signed for Real in a £47 million deal from Lyon and that has basically knocked Marcelo down the pecking order at the Bernabeu.

As well as Arsenal, Paris Saint-Germain, Juventus and AC Milan are also said to be interested in signing the experienced Brazilian.

I can understand why Arsenal would be interested but Kieran Tierney must surely be a better option.

Marcelo is getting no younger and there would be serious question marks over him adapting to the Premier League, it is a far more intensive high tempo league in comparison to La Liga.

Tierney could have as much as ten years with Arsenal, how long would they get out of Marcelo? Two years, maybe three and that is if he is a success, which I am not convinced he would be.

He would, of course, bring immense experience but is that enough? I am not so sure that is such a huge advantage these days.

Anyway, it will be interesting to see how this one unfolds.