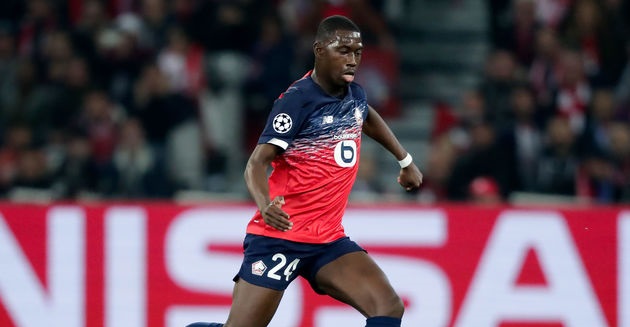 This month could be a busy month for Arsenal in the transfer window as the Gunners look to bolster their ranks.

The Gunners’ new boss Mikel Arteta is keen to sign players that can help him implement his style of play and that has led to links to a French youngster.

The Daily Mail claims that Arsenal has become the latest team to show an interest in Lille’s Boubakary Soumare.

The youngster has been one of the French Ligue 1’s best midfielders this campaign and he is set for bigger things ahead.

The report further claims that Arsenal is looking to complete a move for him this month as they know that he has several other suitors.

Real Madrid and Valencia are also interested in the 20-year-old, but the Gunners are confident that he will choose a move to the Emirates.

The report also claims that Lille has no problems selling him this month, however, they would prefer to wait until the end of the month to sanction a move because they have a tough league game against PSG on the 26th.

Soumare has starred for Lille in the league and Champions League this season and he has made a combined 24 appearances in all competitions.

I have to be honest and admit that I know very little about Soumare but when you get clubs like Arsenal and Real Madrid interested in signing him then it is fair to assume that he is talented.

Whether Arsenal would sanction a move for the youngster this winter is questionable but it is certainly an interesting rumour and one worth monitoring.