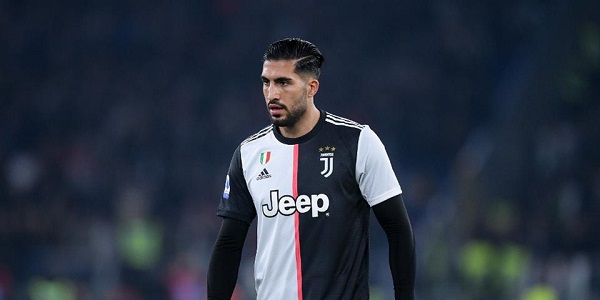 Arsenal among the teams considering a move for former Liverpool star

Arsenal is one of the teams keen on signing Emre Can from Juventus.

The Germany international joined Juventus from Liverpool in 2018 after running down his contract at Anfield. He has, however, struggled for form and minutes at the Allianz Stadium and a move away seems to be on the cards.

Reports from Germany via Mail Sport claims that Arsenal is among five teams looking to sign the wantaway midfielder.

Arsenal is reportedly keen to add him to their squad as Mikel Arteta continues to rebuild his side.

The Spaniard has been forced to manage the squad he inherited for the rest of this season with the club planning to back him up significantly in the next transfer window.

Can was one of Liverpool’s best performers while he was in the Premier League and the German helped the Reds reach the 2018 Champions League final.

Maurizio Sarri seems to favour other midfielders over him but his qualities are undoubted. Juventus will reportedly allow him to leave if any team pays around £25 million for his signature.

However, he currently earns £260,000 per week and that could put teams off. Borussia Dortmund is seen as the front runners but is only prepared to pay him £160,000 per week.

The report further claims that Tottenham, Man Utd and Bayern Munich are the other clubs interested in signing the 26-year-old.

That is quite a line up of clubs that are being linked with a player that is yet to reach his peak. It will be interesting to see where he finally ends up.