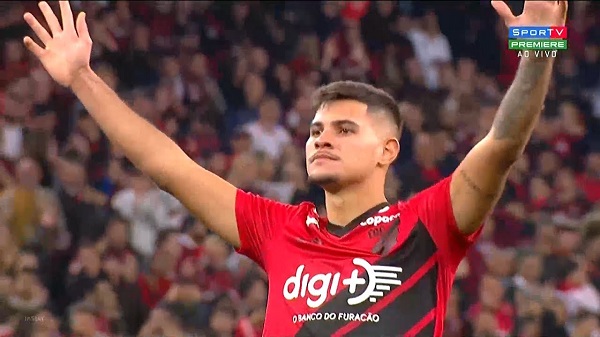 Athletico Paranaense midfielder, Bruno Guimaraes is the subject of transfer interest from Chelsea and Arsenal, according to the Daily Mail.

The attacker has been on the radar of the Blues for much of his career, but their transfer ban this season forced them to look away from him.

Arsenal has also been monitoring the progress of the 22 years old’s career and this season they look to be closer to doing a deal with his club.

The report claims that Arsenal sees him as one of their options to replace Granit Xhaka who looks unsettled at the Emirates.

Xhaka has agreed to personal terms over a move to Germany with Hertha Berlin and he may force the club to sell him when the transfer window reopens.

Guimaraes has been playing well for Paranaense scoring twice with one assist in 25 games this season.

His numbers are not the most impressive, but he is still young and coming to the Emirates would help him improve his game further.

One positive to signing Guimaraes is that he has a Spanish passport which would make a move to the Emirates not so complicated.

You have to think that Edu will have some influence as well which should put Arsenal in pole position. However, the Chelsea transfer ban has been lifted and if they want him as well they could go down the well-tested route of outbidding any and all competitors.

Well, all except Man City that is.