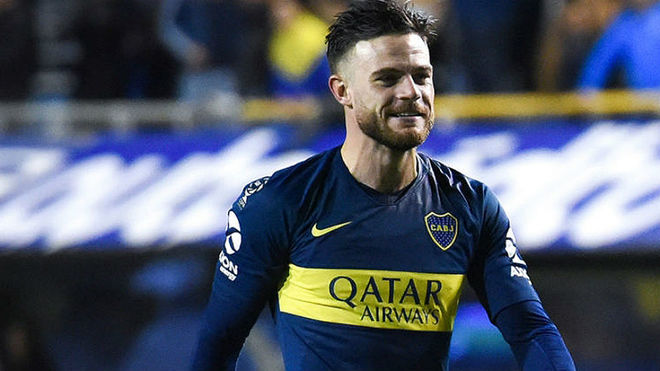 Arsenal and Chelsea could be set to sign Cagliari midfielder Nahitan Nandez, with his agent believed to have sounded the two London clubs out for a move.

West Ham tried to land the 24 year-old in January, but having only joined the Serie A club in the previous summer, no move prevailed.

Nandez continued to impress in his debut campaign in Italy however, and could now be in line for a move to a bigger club.

Looking at the amount of midfielders currently on the books at Stamford Bridge, I would struggle to believe that they would be looking at signing more central stars, not unless one or more of N’Golo Kante, Matteo Kovacic, Jorginho, Ross Barkley or Billy Gilmour were to be headed for the exit door.

This could well leave our side in the driving seat, with the player’s agent seemingly sounding out London clubs for his potential destination, Corriere dello Sport reports.

Our side has definitely struggled in the midfield department this season, and I would be very shocked if Mikel Arteta was to go into the new season without at least two more options added to the current crop.

We are yet to find out if Dani Ceballos will be staying beyond his current loan deal also, and we could potentially already be weakened by his departure before we’ve even entered into the transfer market, although the Standard reports that another loan deal could well be on the cards.

Would the Cagliari midfielder fit in at the Emirates?