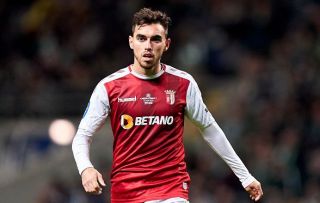 Arsenal and Liverpool going head to head for Portuguese star

Ricardo Horta could become the next top Portuguese star to play in the Premier League and Arsenal has an interest in his signature.

The Gunners are continuing to strengthen their squad and they signed Nuno Tavares from the Portuguese league in the summer.

The former Benfica youngster hasn’t done badly as an understudy to Kieran Tierney so far, and they could shop in that country again.

Fichajes.net says they have an interest in Braga man Horta as he continues to shine.

The 27-year-old didn’t overly impress on his first spell abroad when he played for Malaga between 2014 and 2017.

However, he has since become a much more experienced player and should thrive at the Emirates.

The report says Arsenal is not the only club looking to sign him, with Liverpool also interested in taking him to England.

Horta is not the most popular player in Portugal, but the left-winger has 12 goals and 6 assists from 25 competitive matches this season.

These stats are impressive and his age means he is probably experienced enough to adapt to a new country when he moves to England.

Bruno Fernandes came to the Premier League from the Portuguese league and has been in stunning form.

If Horta is that good at the Emirates, we would have signed a solid midfielder.

Arsenal target loves his current club and might struggle to leave
3 January 2022, 17:00