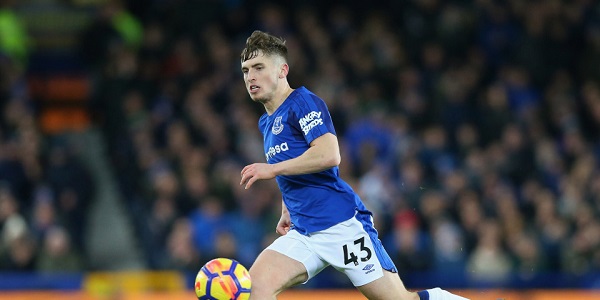 Arsenal preparing to battle it out with Tottenham for the signature of Jonjoe Kenny.

With new managers on both sides, they are expected to make some additions in this transfer window and it seems they might be battling for the same player.

Mikel Arteta has been looking for a new defender as his team continues to make defending look difficult.

The Spaniard is reportedly considering a move for Everton loanee, Jonjoe Kenny.

The Englishman has been flourishing under David Wagner at Schalke 04 this season and his form has attracted clubs back home.

Arsenal is one of the teams that have been monitoring his progress and Mikel Arteta appears to be set to make his move.

However, Express Sports claims that Arsenal’s biggest rivals Tottenham also have interest in Kenny and they are prepared to battle the Gunners for his signature.

Serge Aurier’s inconsistency has forced Jose Mourinho to consider a move for Kenny, should the full-back continue his fine form after the winter break he may find his way to North London.

The move may not be very complicated for any of his suitors as Djibril Cisse is performing fine at Goodison Park and Everton won’t have problems cashing in on Kenny.

I suspect that both Arsenal and Spurs will be linked with a few of the same players this transfer window, both teams clearly need reinforcements and there is really a limited pool of players that either team can attract this winter. Summer will be a different ball game altogether.