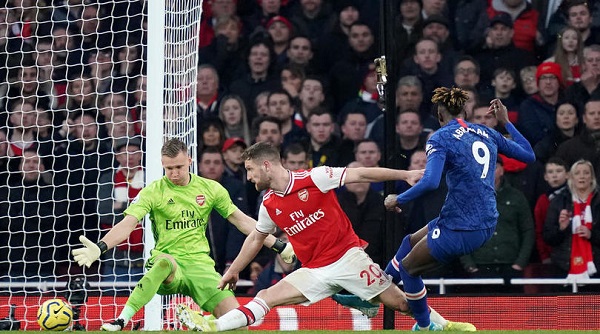 Arsenal are just as angry as Chelsea following unlucky losses

Chelsea looking to take their anger out on Arsenal following Newcastle United humbling.

Chelsea ace Tammy Abrahams reckons that the Blues will take their anger out on Arsenal tonight after their smash and grab loss at the hands of Steve Bruce’s Newcastle United.

‘It’s massive,’ said Abraham via Chelsea’s official website. ‘The gaffer said after the game “We gave it our all, keep your heads up we’ve got another massive game on Tuesday” and we just have to take our anger out against Arsenal.’

So, Chelsea are angry at losing away at Newcastle? Well, you can be certain Arsenal players are in exactly the same mood, not because they drew against Sheffield United but because Chelsea got their own slice of luck at the Emirates with their very lucky 2-1 win.

That defeat for Mikel Arteta’s side against Lampard’s outfit still festers, they were lucky to still have had ten men on the field and to have an incompetent referee side with them at crucial moments.

The Blues can have no complaints at their loss to Newcastle, they had their chances and never took them, they did not lose in a way that leaves a sour taste in their mouth.

If there is any team that really should be angry it is Arsenal and if there is any redemption to be had it is certainly not due for Chelsea.

Hopefully, it will be a level playing field this evening and Arsenal are given a fair crack of the whip, unlike the game at the Emirates.

Anger? Chelsea has no clue the true meaning of that word.