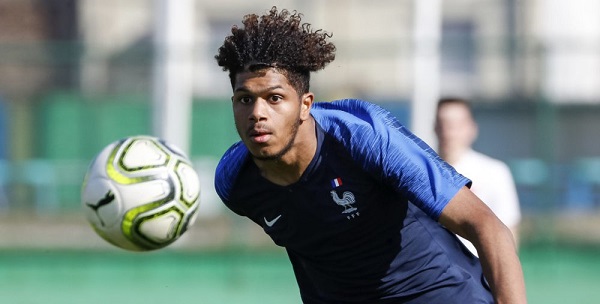 Arsenal has been named as one of four teams who are looking to sign Rennes teenage star, Georginio Rutter, according to Mirror Sports.

The 18-year-old has been one of the club’s best youth team players and he was expected to make the step up to the senior team this season.

He has just a season left on his current deal and he has rejected the offer of a new contract at the club.

They know that they will lose him for nothing in the summer and they are prepared to cash in on him now.

The report adds that the French side expects to sell him for around £10m as the race for his signature continues to hot up.

Arsenal isn’t the only team that has been monitoring the teenager view of making a move for him. RB Leipzig, Newcastle United and AC Milan also want to sign him.

The teenager will consider his chances of more first-team action before making the move and that will not put Arsenal in the best position.

The Gunners are well-stockrd in their attack with the likes of Eddie Nketiah and Gabriel Martinelli providing options from the bench.

If Rutter joins, he would likely spend a few seasons in the reserves while preparing to make a first-team breakthrough.