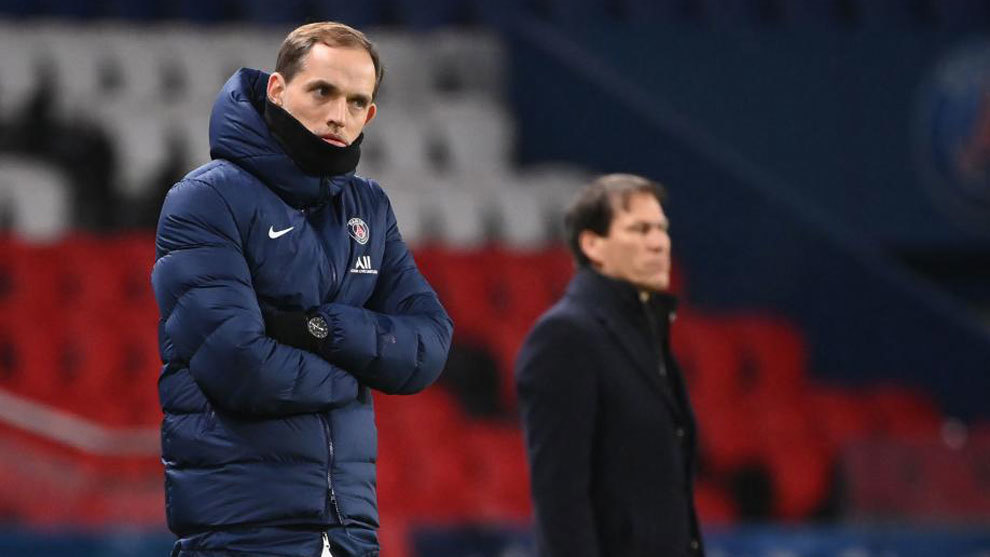 Thomas Tuchel is claimed to be eyeing a move to the Premier League after he was removed as boss of Paris Saint-Germain this week.

The manager was sacked shortly after his side trounced Strasbourg 4-0 yesterday, with his side sitting just one point below Lyon and Lille who sit joint-top of the table, and with him having secured their place in the knockout round of the Champions League with a devastatingly dominant victory over Manchester United at the start of the month.

It is unclear as to the reasons why the manager was moved on, although early reports suggest that the club had lined up Mauricio Pochettino as his replacement.

Reports in Germany now claim that Tuchel is eyeing his next role in the Premier League, with Christian Falk mentioning both Manchester United and Arsenal as options.

On of the best German Coaches is free for a new challenge – and Thomas Tuchel is interested in the next step: Premier League @ManUtd @Arsenal

Falk is known as an ‘In the know’ in certain circles, and works for German publication Bild, but he doesn’t reveal his sources for such speculation.

The Gunners manager’s position is far from tenable at present, having picked up just one win from their last 10 Premier League matches, and having fallen down to as low as 15th in the table.

The club wasn’t in much better shape at this point in the previous campaign either, but Mikel Arteta’s arrival after Christmas saw a huge revival in form, and they eventually secured Europa League participation via winning the FA Cup, to save their season.

The current talk is of a relegation battle however, as they sit just four points off the drop zone, and nobody would be shocked if the manager was given his marching orders.

Would Tuchel pose as the type of manager Arsenal should be targeting?

Potential future Arsenal manager has three attributes they like
28 December 2020, 22:00