According to the Evening Standard, Arsenal boss Mikel Arteta has heaped praise onto star striker Alexandre Lacazette, the Spaniard has hailed one of the ‘clinical’ forward’s ‘biggest qualities’.

Arteta seems confident that Lacazette can improve his goalscoring, the ex-Lyon star hasn’t hit the back of the net in Arsenal’s last four games, but this certainly isn’t an indicator of bad performances.

The 28-year-old seems to be the gel that makes our attacking line tick, Arteta reiterated to the press that the Frenchman ‘makes his teammates better’, which he branded as one of the star’s ‘biggest qualities’.

Arteta believe that a goal will come for the forward ‘naturally’, there really shouldn’t be any concerns regarding Lacazette given his impressive performances. 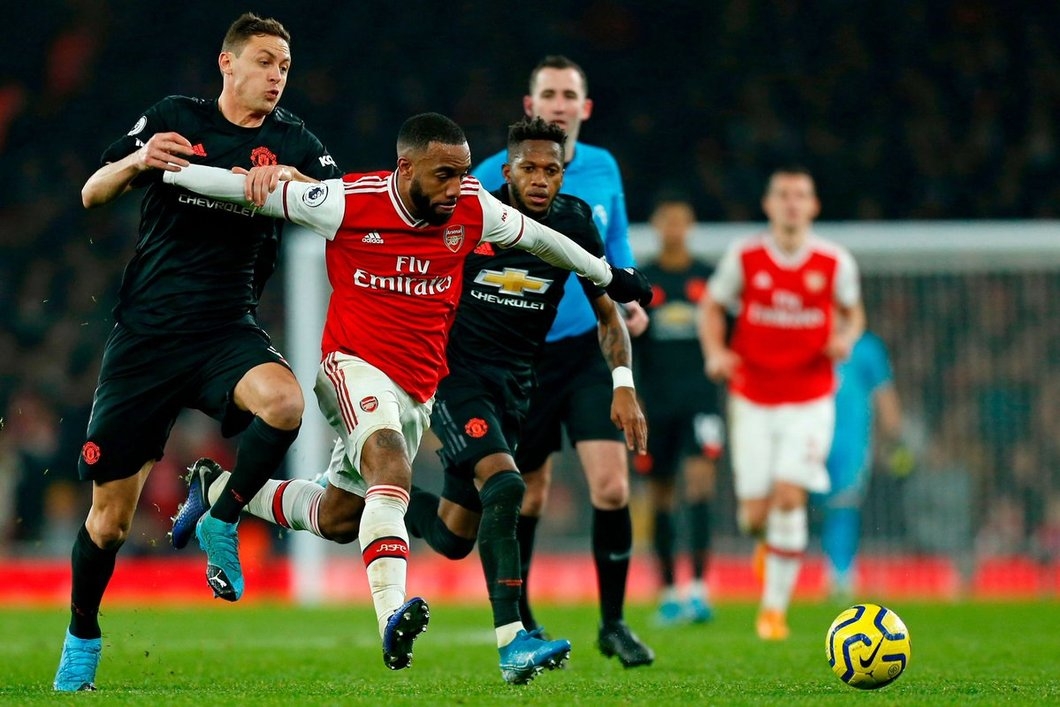 Lacazette in action for Arsenal against Manchester United.

Here’s what Arteta had to say on the Frenchman’s performances and what could help him hit the back of the net:

“He had the chances to put away [against United]. He has been really helpful in giving us a lot of options. He makes his team-mates better, that’s one of the biggest qualities.”

“As well, every time he is in front of goal normally he is so clinical.”

“I am disappointed that he hasn’t been rewarded with all the work he has done in the last three games because he could have scored three or four goals easily. But the goal will come for him naturally because he is a natural finisher.”

“Does he just need one to go in anyhow? Exactly. And maybe a little bit fresher legs will help as well.”

The Frenchman was fantastic in our 2-0 win over rivals Manchester United, and for a striker of his style – judging him on his number of goals seems like a blatant oversight to his contribution to the team.

I personally believe that Lacazette’s style is perfect when partnered with a prolific scorer in Pierre-Emerick Aubameyang.

Lacazette is responsible for making things flow in the final third and Aubameyang has proved countless times that he can put the ball into the back of the net in almost any situation.