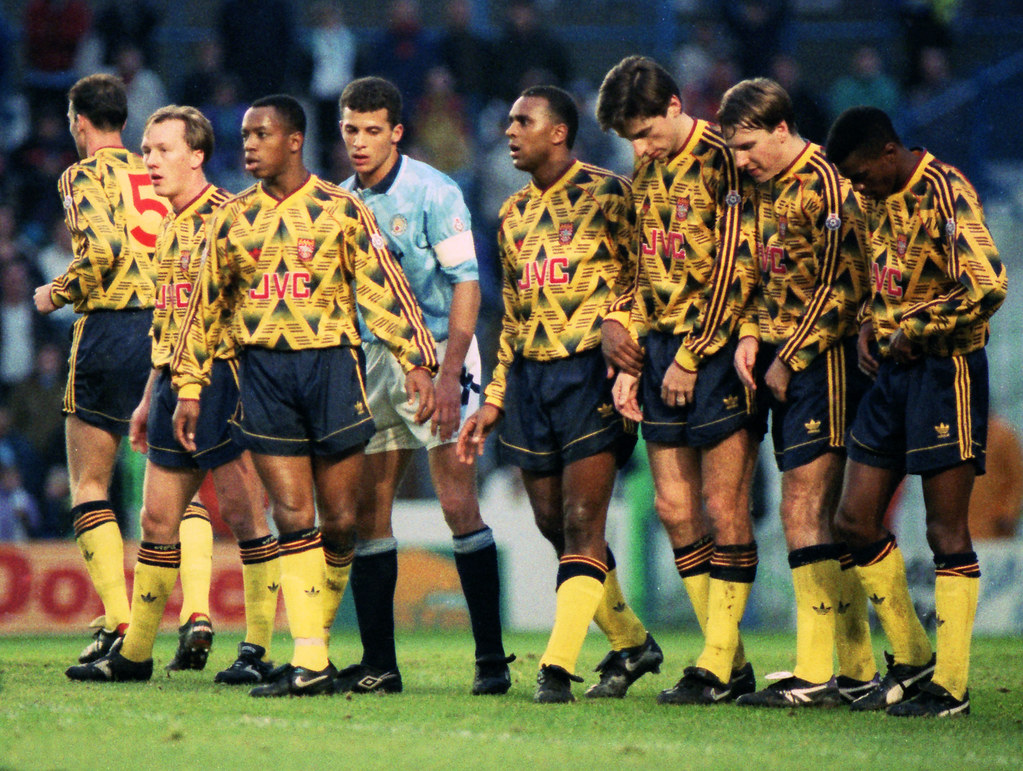 The Bruised Banana kit gets some deserved recognition!

Arsenal fans will be delighted to see that one of the club’s most iconic old kits has earned some richly deserved recognition.

Gunners fans have long loved the Bruised Banana strip from the early 1990s, and it even inspired this season’s away kit from Adidas.

It’s also earned a highly respectable 7th place in a BBC Sport feature on the most iconic football kits of all time, up there with some truly special football shirts.

Arsenal’s classic away shirt is the highest ranked of any Premier League kit, with old Liverpool and Manchester United kits also making the top ten.

Unsurprisingly, Brazil’s 1970 shirt is in first place, with the Netherlands kit of 1988 in second.

Still, it’s nice to see Arsenal getting such a special mention for this stylish shirt that has become such a favourite among Gooners, and seemingly among football fans in general too!