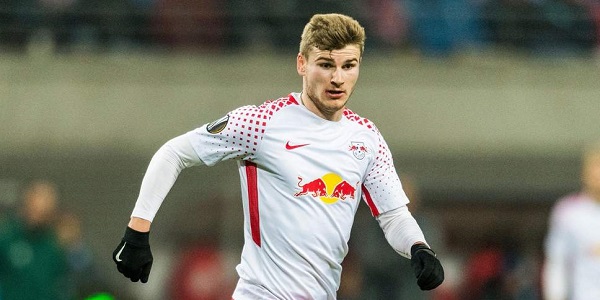 Timo Werner has dealt Arsenal a fresh transfer blow in their bid to land the German next summer.

Werner has been in fine form for RB Leipzig and he recently flirted with Liverpool over a transfer to the European champions.

Liverpool is, however, not the only English team who is interested in signing the German with Arsenal, Manchester United and Manchester City also linked with a move for his signature.

He recently dashed the hopes of Arsenal fans who thought their club had a realistic chance of landing him after he revealed the three English teams that he is to choose from.

According to Talk Sport, he said: “At this time in professional soccer there are two different variations.

“The first is to be part of a team like Liverpool or Manchester City. They have a good working team. The teams have also great coaches.

“But this is the question: do you want to go to that kind of team, because the situation is already that hard for each member and you want to be a part of it? That’s one point you have to look at.

“The other side are teams which need some big changes, because they just won a few big titles, but they are not able to compete on the highest level anymore. For me, Manchester United is one of these teams.”

With the future of Pierre-Emerick Aubameyang uncertain, the Gunners would have loved to replace their captain with a player like Werner who has already scored 27 goals this season.