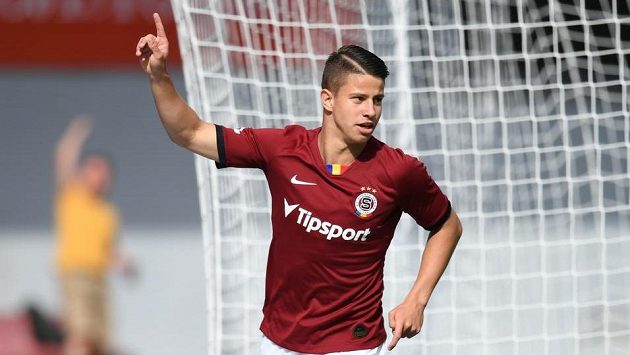 At 19, Adam Hložek has already made 12 appearances for the Czech Republic’s senior national team.

That shows you how valuable he is in his homeland, but he still plays for Sparta Prague.

The attacker has been on the radar of top European clubs for a long time and a new report claims Arsenal is the latest team to show an interest in him.

Todofichajes says the Gunners want him in their squad as they prepare to overhaul their attack.

The likes of Eddie Nketiah and Alexandre Lacazette are leaving the club at the end of this season.

Hložek has been identified as one of the attacking reinforcements that could be brought in.

The report claims contacts between both clubs have already started and he could join in January if the Gunners offloads the previously mentioned players.

Arsenal has focused on recruiting young players who can grow with the team in recent transfer windows.

At 19, Hložek fits perfectly into that plan and could become one of the club’s primary stars in the next few years.

Folarin Balogun is also young and very talented, but Hložek has been playing regular first-team football both locally and in Europe for a long time now.

The Just Arsenal Show discusses if Superhero Auba has lost his powers?