Arsenal’s admin played a blinder with this one!

See the screen grab below as the Gunners’ Twitter header is now a picture of the screen at the Emirates Stadium announcing VAR had given the goal yesterday, which ended up being the winner against the Hammers… 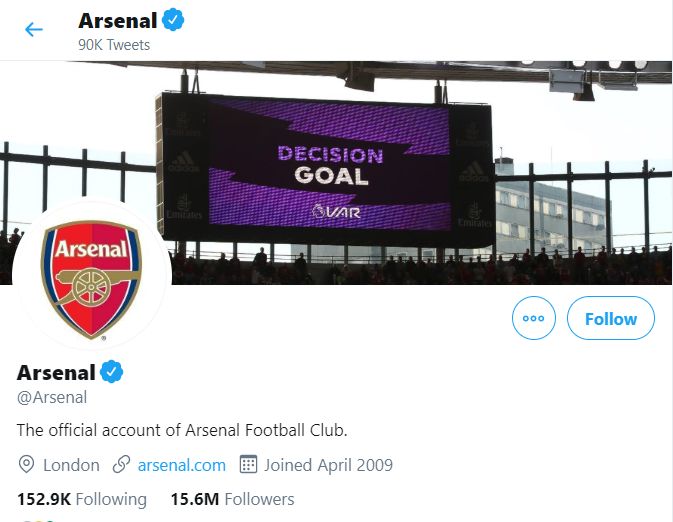 This is fine work by the Arsenal admin, and it’s fair to say people on Twitter seem to be loving the change.

Here’s some reaction from fans online…

@Arsenal admin is doing a bang up job.
What a header pic.#arsenal

@Arsenal Twitter Header is the best part of my day 😹😹

We’re also only three points behind Wolves and one point behind Tottenham with a game in hand over both those sides, so what looked an impossible task just a few weeks ago now seems perfectly doable.