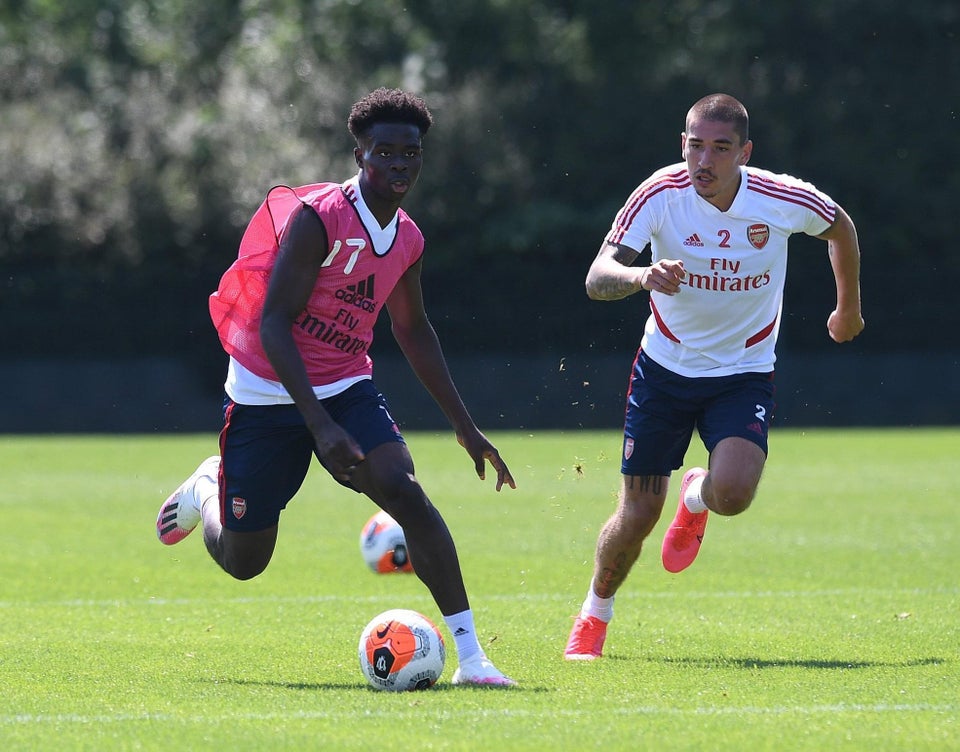 Arsenal’s Technical Director Edu is believed to have held talks with Barcelona to enter into talks over a deal to sell Hector Bellerin.

The right-back is believed to be available this summer as we look to raise funds to bolster other areas of the team, with both Cedric Soares and Ainsley Maitland-Niles both available as cover in his role.

The Spanish defender left Barca to join our club in 2011, shortly after his 16th birthday, and has gone onto become a key player in our first-team, picking up 158 Premier League appearances thus far.

The emergence of AMN since the arrival of manager Mikel Arteta in December 2020 is believed to have played a role in our decision to allow the 25 year-old to leave the club, and Barcelona’s interest has become known.

Barcelona are claimed to have called Edu in order to talk over a potential deal, with Nelson Semedo one of a number of first-team players being made available to leave this summer.

Sport.es claims that Arsenal are asking for £20 Million for Bellerin, which would help them raise their budget to invest in other areas.

The club are believed to be chasing midfield duo Thomas Partey and Houssem Aouar at present, with both believed to be available for around £45-55 Million each, but they have been told that they will need to balance the books somewhat with player sales.

Dani Ceballos has already returned to the club on a second season-long loan deal, and he could well form part of a midfield trio, should they manage to offload some of their surplus squad members.

Have Arsenal cut themselves short with their £20 Million asking price?