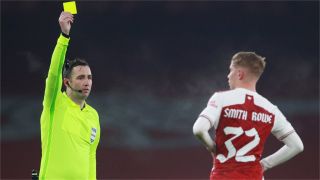 Arsenal clinch victory in ET but performance was dire

Arsenal have limped over the line after a dreary 120 minutes of very little action against Newcastle.

Our side may have been distracted in the warm-up by the loss of Gabriel Martinelli, who was participating in the rondo prior to kick-off before keeling over, and appears to be holding thigh and ankle, which appears to tell me the pain was from movement of the knee…

Arsenal started the match in good spirits however, dominating much of the possession, and having very little to do in defence. The Magpies were equally comfortable in defence however.

Martin Dubravka had little serious work to do in the opening 45, with Andrew Carroll’s work in the box dealing with plenty of the Gunners efforts, while Martinelli’s late replacement Reiss Nelson was our strongest threat in the final third.

In the next half, the visitors decided to to push up the field, and our side didn’t really react. The manager opted to bring on both Emile Smith Rowe and Bukayo Saka to try and force things, but little changed.

Newcastle were most likely the best team for much of the second-half, and will kick themselves when they re-watch their two efforts in the final minutes of the match.

The Toon should have finished the game off, but Bernd Leno managed to spread his body enough to deny a debut goal for a young Elliott Anderson.

In the dying minutes the referee brandished a red card. Emile Smith Rowe stood with his hands on his head in disbelief after the referee’s decision two minutes into injury time, but thankfully VAR was at hand to show the official of his wrongdoing, and the card was reduced to a yellow.

With neither side able to break the deadlock in the 90, extra-time followed.

The game brightened up slightly in ET, with Arsenal breaking in behind the rivals defence, but they were still lacking that final ball to unlock things at the crucial time.

Lacazette came on for Pepe for the final 15 minutes, meaning we return to the front four who started the 4-0 win against West Brom last week, and it didn’t take long for three of those to combine for the opener.

Bukayo Saka chips over his rival onto Laca, who nods over the defender for an in-runnning Smith Rowe to nod down and place perfectly into the far side netting.

It may have been written in the stars after his red card was overturned that he would find himself as the hero come full-time, and while Newcastle upped their energy in the final 10 minutes of the match, it was another goal at the other end which settled it.

Pierre-Emerick Aubameyang ended his goal drought as he put the final touch on a sublime team goal, after Kieran Tierney put it on a plate for him to tap home inside the box.

There was a late penalty shout at the other end, but there was nothing in it, and we will now look to the draw for the next round.

This match certainly wasn’t the most entertaining 120 minutes of my life, but the result went the right way, and Mikel Arteta’s 100% record in the competition as a manager remains in tact.

Does the display show how limited Arsenal’s squad is? Which players are simply not good enough for regular first-team football at present?

It was great to see Nuno Tavares bounce back from Liverpool setback
28 November 2021, 11:30