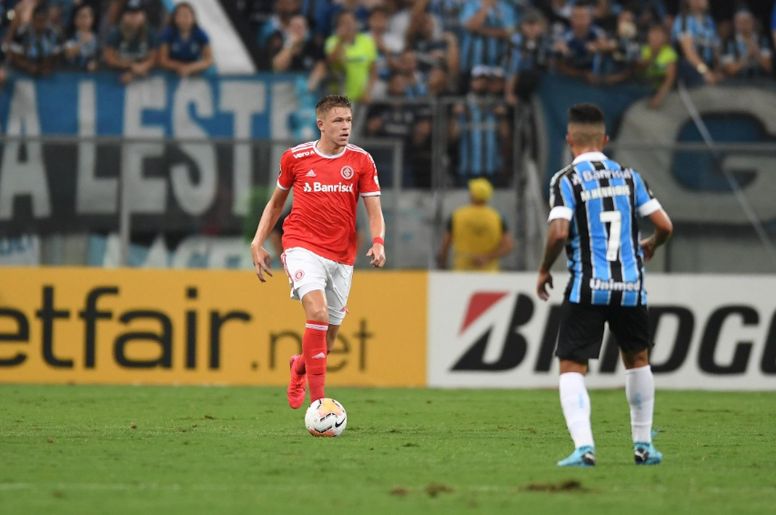 Arsenal competing with Ajax for the signature of Brazilian defender

Arsenal is reportedly competing with Ajax for the signature of Internacional defender, Bruno Fuchs.

The 21-year-old Brazilian has only just broken into the first team at the Brazilian side, however, his fine performances in the few games that he has played for them has impressed scouts across Europe.

A new report by Todofichajes claims that Ajax is frontrunners in the race for the signature of the defender as they prepare for a mass exodus of their players in the summer.

The report further states that they are not alone in the pursuit of the defender’s signature with Manchester City, and AS Monaco and Arsenal, also looking to sign him.

The defender reportedly wants to make the move to a European side, so getting him to become interested in a move won’t be hard.

However, Arsenal would have to beat competition from his other suitors to land the Brazil Under23 star.

Ajax is reported to have already made the first contact over his signature, but the asking price could see Arsenal look to steal his signature from under their noses.

The report further claims that Internacional would accept a bid in the region of €5M for his signature.

Mikel Arteta would be able to call on William Saliba next season and adding Fuchs to his team might see him field a very young side when the season begins.