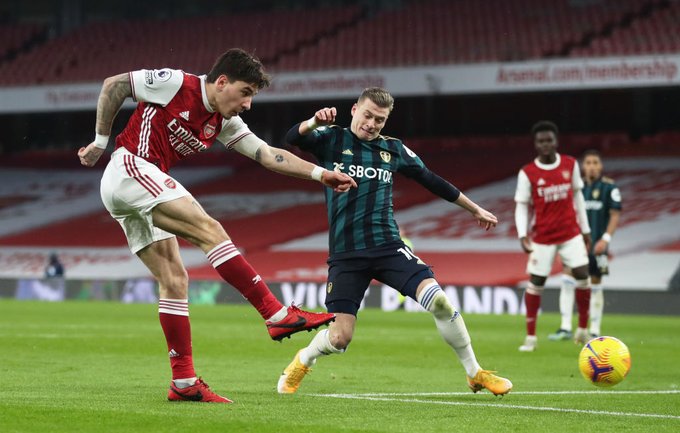 That is probably the best first half that Arsenal has played all season. Two goals from Pierre-Emerick Aubameyang and now a third from none other than Hector Bellerin has put the Gunners into a commanding three-goal lead against Leeds United.

The Whites were all over the place as Arsenal played the ball around in the area and a combination of Emile Smith Rowe and Dani Ceballos got the ball to Bellerin who beat the hapless United keeper at the near post.

Pundit suggests Arsenal has forced Bellerin out of Arsenal
19 October 2021, 4:00