Arsenal “completely dominated” Villa but our strikers cost us again

Mikel Arteta was definitely angry after the midweek loss to Wolves when we should have been far in front even before the sending off of David Luiz just before half-time, but I think he was even more angry after losing to Aston Villa on Saturday.

Yes, he believes that the Gunners were yet againly badly treated by the match officials, but he seemed to even more angry with his strikers for not putting away the chances that would have given us the points. “It was a really strong performance again.” Arteta told Arsenal.com. “We completely dominated the game, we dominated in every department and we should have won the game. But in the Premier League when you give a goal to the opponent – and we gave them another three opportunities – and you are not ruthless in the opponent’s box, you don’t win games.

“The rest, the way the team played and the energy that they showed, the quality they showed, the number of chances and situations we created, how quickly we regained the ball, how we controlled long balls, second balls and how aggressive we were in our duels, it was all incredible. But it wasn’t enough to win the game.” 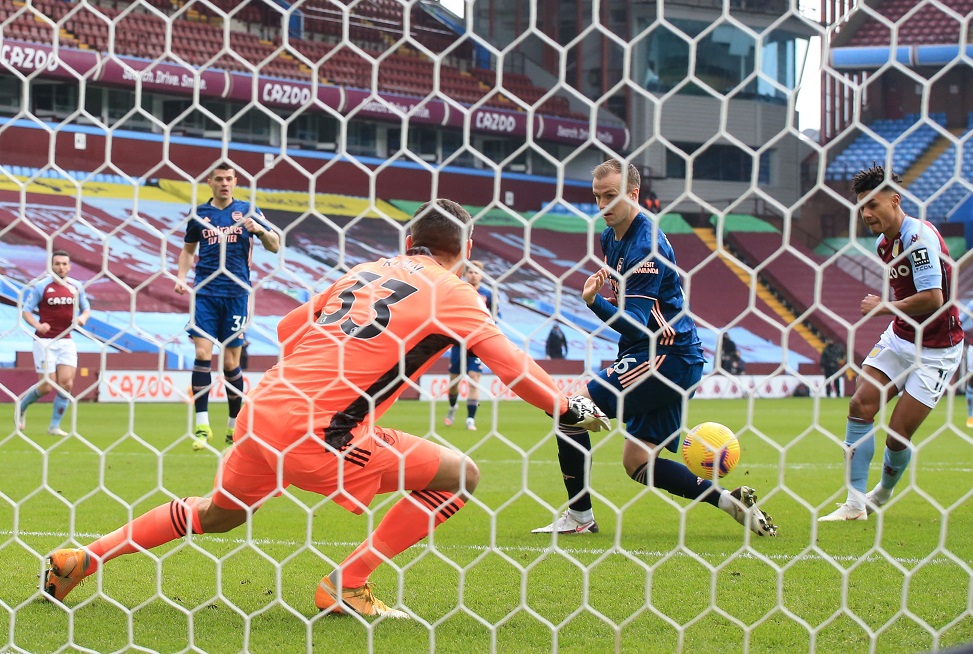 The reason we were behind of course was the calamity of errors that led to Ollie Watkins goal in the second minute, and he was angry because of the defence as well, but yet again he came back to our strikers simply not putting the ball in the net as the reason for our defeat. “Those [top-four] teams don’t make those mistakes.” he continued. “Those [top-four] teams cannot play four or five times in the first 22 games of the season with 10 men. It doesn’t happen. There’s not a team in the world that can sustain that.

“If you concede a goal early or make an error, the team has to react. The team reacted and we had more than enough to still come back and win the game. If you don’t do one thing, you have to do the other. If you are not ruthless enough in the opponent’s box then of course you are going to lose the game.”

So who would you pick as the reason we lost this game? Was it our clumsy defending, refereeing errors, or our non-scoring strikers?