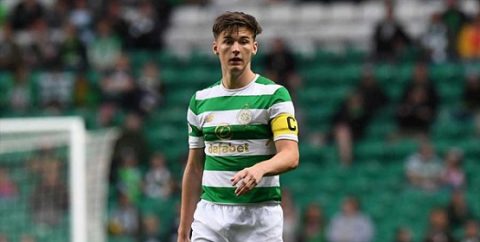 Arsenal’s bid to sign Kieran Tierney from Celtic is certainly the longest running saga of this transfer window, with the Scottish Champions playing hardball to fend off any cheap departure for their young left-back, but could we finally be seeing an end in sight with just five days of the transfer window remaining?

According to the latest bit of news from SkySports, the Gunners are still confident of coming to an understanding with Celtic. They reported last night…..

Arsenal are expected to make a new offer for Celtic left-back Kieran Tierney over the coming days, according to Sky sources.

The Gunners’ initial £15m bid for Tierney was rejected in June.

A second £25m offer was also turned down due to the deal containing too many add-ons and the dependency of Arsenal qualifying for the Champions League.

Neil Lennon says Celtic will not be flexible regarding their valuation of the Scotland international, as Arsenal’s interest continues.

Meanwhile, Sky Sports News understands the north London club are increasingly confident an agreement can be reached for Tierney before the transfer deadline closes on August 8.

The Celtic boss Neil Lennon has also admitted he was expecting a third offer to arrive for Tierney, as he told The Scotsman: “Normally these things tend to happen again,” he said. “I imagine there will be offers coming in.

“For certain individual players, the asking price hasn’t been met and the clubs know what the asking price is. So until that valuation is met then thankfully we don’t have a decision to make.

“If we’re talking about Arsenal, they have five or six days to come back in with a revised offer.

“The closer it comes to the end of the window and then something crops up, we are prepared for that aspect of it, but it’s not welcome.”

This transfer would certainly be the icing on the cake for Arsenal fans, although we are still desperately waiting for a new centre-back to shore up our notoriously leaky defence. Tierney would be Emery’s fifth signing this window, and who would have believed that back in June?