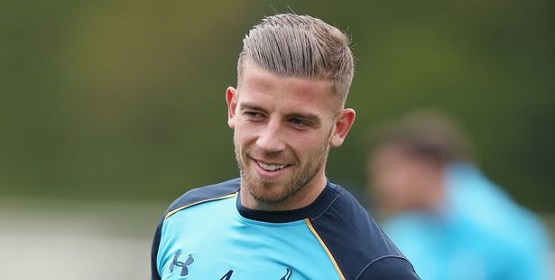 Arsenal could do another Sol Campbell on Tottenham in January

Going through the latest Arsenal news today I came across a piece in the Independent about nine players the Gunners could sign in the January transfer window.

I had actually thought about doing an article slamming the Independent for already starting with nonsense transfer speculation based on their misreading of Josh Kroenke comments earlier today, something we touched on here.

But I soon changed my mind when I went through the names of players that they reckoned Arsenal would be targeting, which was as expected, a nonsense list.

The name that stopped me in my tracks was Tottenham defender Toby Alderweireld.

Now, I do not see him signing for Arsenal and right now I have zero interest in transfer gossip but I cannot help myself, not with this particular player.

You see, my understanding is that Alderweireld will be allowed to negotiate a free transfer from January unless he signs an extension with Spurs before then.

In the event he does not sign an extension and there are no signs that he will be doing so then how juicy would that be if Arsenal swooped in and did another Sol Campbell on Tottenham.

From where I am sitting there is absolutely no reason why theoretically it could not happen.

However, as I said, I do not expect it to happen and I really have no opinion right now about any transfer speculation but I must admit that the prospect of signing another Tottenham player on a free transfer has piqued my interest.

I mean, come on, wouldn’t this be brilliant?