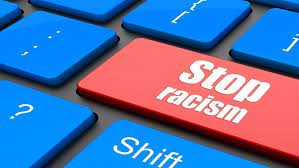 Days after showing support to their former star, Thierry Henry, for quitting social media in protest at the constant abuse on the platforms, Arsenal has created a task force to tackle the issue.

Online abuse and bullying are on the rise with social media users hiding behind their keyboards to insult players of different teams.

Almost every day, a player is abused and the owners of the platform don’t look ready to do enough to stop the trend.

If the social media companies will do nothing to bring about a change, teams and their player have to and Arsenal has taken a step to protect their stars and staff.

The club claims it is strengthening its internal procedure to help tackle the abuses by creating the task force.

It says the new task force has a powerful network to the UK Police, Premier League, Kick it Out, among others.

A statement on the club’s website reads: “We have strengthened our internal procedures with the creation of a taskforce to give emotional and practical support for our players.

“The taskforce has a strong network to the UK Police for domestic perpetrators, international networks supported by the Premier League, Football’s Equality and Inclusion organisation Kick It Out, social media platforms and our fan data.

“This taskforce will ensure clear and consistent steps are taken when abuse occurs. Where an Arsenal member is responsible for any unacceptable online abuse, they will be banned. The club will also support further legal action in the appropriate cases.