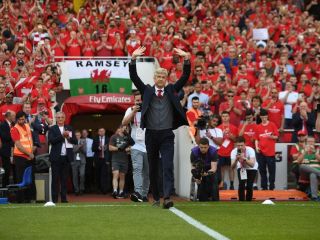 Arsenal Debate: Was Wenger sacked? Or did he leave his contract a year early?

ANSWERING A DIRECT QUESTION FROM A RESPECTED FELLOW GOONER– by Ken1945

“WHICH OF THESE TWO DO YOU BELIEVE IS CORRECT?”

“WENGER WAS SACKED DUE TO THE UNCONTROLLED DOWNWARD SPIRAL HE OVERSAW”:

“WENGER BROKE HIS CONTRACT AND LEFT THE CLUB DUE TO HIM BEING UNABLE TO REVERSE THE UNCONTROLLABLE DOWNWARD SPIRAL HE PUT US IN”:

These two questions were put to me by my good friend Phil, in a previous article and I promised to respond to him.

I think it’s fair to say that Phil and I agree on most things “Arsenal” except the latter time and legacy of Arsene Wenger – furthermore, we discuss this difference of opinion without belittling the other’s viewpoint, or casting doubts on each other’s parentage, or each other’s educational achievements, or even our ages, and end up having a drink afterwards….respect for each other I believe one would call it.

The first thing I want to look at, is the “uncontrolled downward spiral” view, as I don’t agree with that view and have the facts to prove it.

Now Phil, you have said that AW should have left after the 11/12 season, although I did read later, in one of your posts quoting end of the 2015/16 season…but let’s look from the start of the 12/13 season in order to ensure that all areas are covered:

These final positions show that, if there WAS a “uncontrolled downward spiral” it was only in the last two season and, points wise, consistent up and until that last season.

Perhaps that is where you were coming from, Phil, when you mentioned the end of the 2015/16 season?

These final results are part of the record/legacy that shows AW never lost a 3rd round match until his last season and from the 12/13 season IMPROVED and/or EQUALLED these amazing set of results…so, once again, no signs of “uncontrolled downward spiral” …. unless not winning the cup in 15/16 counts as a downward spiral?

These CL stats show no sign of an downward spiral, being the most consistent set of figures of the three competitions…until, once again, his final season, where of course, he guided us to a European semi-final and we were only playing in that competition, because we missed out by one point on finishing in the top four for the 21st consecutive season – unrivalled in the PL.

Since he left the club, we have been trying to emulate these stats and achieved only one of them, when MA pulled off an incredible FA cup win, with the “dross” squad of players that AW and UE left him and which, in the main part, AW produced the stats above.

So, Phil, I’m having trouble with your questions already, but let’s go on to the “sacking” or “breaking of contract” debate.

Well, I believe that I have proved, from the above figures, that the club was not spiralling downwards, and it certainly wasn’t to save money, because the club paid his salary for the remaining year of his contract, along with a completely new set of backroom staff introduced by Gazidis.

It was also very evident that the club had not been actively seeking any replacement, as it took them until the 23rd of May 2018 before they announced his successor…33 days and numerous names being touted during that time.

That hardly seems like a UE, DD or GG type of sacking, especially as it was AW himself who made the announcement AND the fact that he did stay until the end of the season.

If anyone can give me an example of someone being “sacked”, but then given a 60,000 plus hero’s exit and presented with a unique gold trophy, nearly six weeks after being “sacked”, then I will concede the point in question……….meanwhile the sacking of UE, DD and GG are perfect examples of what sacking someone really means…perhaps the manure sacking is an up to date example?

In all of these examples, the club did the announcing and it was with immediate effect.

My opinion Phil is that AW realised that results, the media, a section of fans and life in general had become too much and he decided, with the club supporting him, that the time had come to hand over the reins.

Here is the part of the statement made by AW, when announcing his departure:

“After careful consideration and following discussions with the club, I feel it is the right time for me to STEP DOWN at the end of the season. I am grateful for having had the privilege to serve the club for so many memorable years.” The privilege was all ours Arsene, from beginning to end.

Note, Phil, that he decides the time and the date when he steps down – that is not a sacking, no matter how much you might want it to be.

Here’s another example and part of a statement from David Dein, a man we both admire.

“Arsenal made a huge mistake not finding a role for Arsene Wenger when he STEPPED DOWN as manager in 2018”.

It really couldn’t be any clearer, therefore, that it was Arsene who felt it was the right time and it seems a section of fans felt that finishing 6th and only playing Europa league football might be seen as an uncontrollable downward spiral…it seems AW himself saw it as such…but of course, he was always a honest person wouldn’t you say? Just ask David Dein!!

So, the final part of the question you asked me, was did AW “break his contract?”

Yes, he did (the first time ever of course) but with the full backing of the club and not because of “him being unable to reverse the uncontrollable downward spiral he put us in”, unless you’re judging him on his last season versus the other two decades, he managed the club?

I’m glad you agree that David Dein and Arsene Wenger would be perfect ambassadors for the club, and I echo your sentiments regarding the sacking of David…a black day indeed.

I hope that I have answered your questions as fully as you wanted me to Phil, by using facts, figures and quotes from people who love the club as we do…knowing the two parties involved, we will probably never know what went on at the meeting on the 20th of April.

I probably haven’t changed your mind, but at least you know where I am coming from, and I look forward to our next drink at The Emirates, PAL!!!!!!!

N.B. All the facts and figures are in the Official Handbook for 2018/19 and the quotes from AW and DD can be found on YouTube and/or Google…