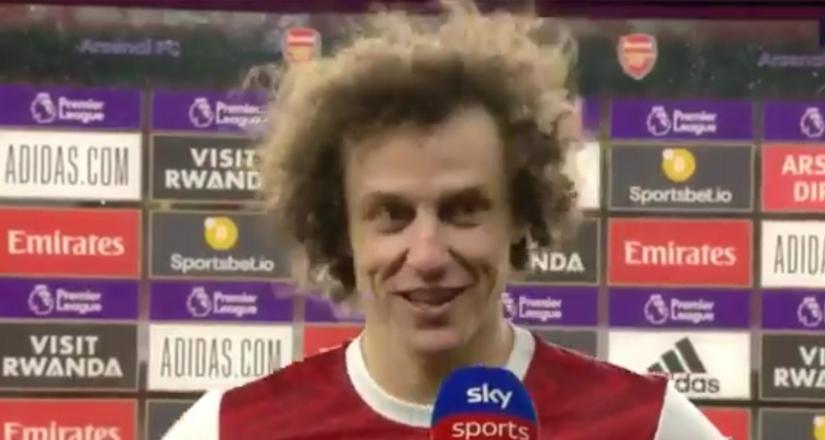 David Luiz insists that he and his Arsenal side must have ‘ambition’ and be fighting for the Premier League title.

Strangely enough, it wasn’t long ago that our club was being tipped to battle relegation this season, having dropped as low as 15th in the division, but none of our rivals have been consistent enough to take a grasp on the league.

Manchester City look to have found their groove in recent weeks, and look primed to build a gap on their rivals, but Luiz is refusing to lower his targets for the season, and only wants to aim for the trophy.

Luiz admits that you cannot take anything for granted especially consider we’re out of the top spots at present, but refused to lower his target of wanting to claim the league this season.

“You have to be humble because we are far from the first position,” Luiz told Sky Sports after the final whistle. “We have to take it game by game and try to improve. And then in the end of the season we’re going to see. The ambition is fighting for the first position. It has to be there. I never start something in my life without ambition. Until the moment it’s mathematically impossible we have to try.”

As much as I would love to see us challenging for the title, I feel like a place in the top four needs to be in our sights initially, and should our rivals allow us to close the gap at the top, only then could I imagine some sort of title challenge.

Sorry Luiz, but there isn’t close to enough going for us at present to tell me we are going to emerge as title contenders.

Am I wrong to discount our chances? Which teams look worthy of challenging Man City for the title this term?